A live band following the minister's convoy played the famous song from 1954 hit film ''Nagin''. As the tune started, Mr Nagaraj, 67, apparently couldn't help himself and started to dance. 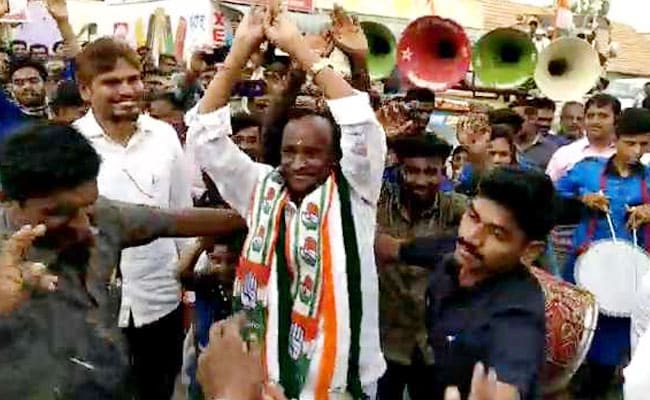 A Karnataka minister, campaigning for the national election starting Thursday, decided to sway voters with some moves befitting his name. Housing Minister MTB Nagaraj of the Congress, therefore, broke into a "Nagin Dance", much to the amusement of people at Hoskote, 27 km from Bengaluru.

The video has gone viral. The minister even had his own music.

A live band following the minister's convoy played the famous song from 1954 hit film ''Nagin''. As the tune started, Mr Nagaraj, 67, apparently couldn't help himself and started to dance.

The minister's name means "King Cobra", a Congress worker supplied helpfully, trying to pass off the antics as a signature move. Watch the video:

Mr Nagaraj had gone with his supporters to a village in Hoskote on Tuesday evening.

He was seeking votes for Congress candidate and former union minister Veerappa Moily, who is contesting from the Chikkaballapura Lok Sabha constituency in Karnataka.

Soon his supporters began dancing with him and the performance went on for about 10 minutes.

Mr Nagaraj's supporters and others finally asked him to slow down in view of his age.

This is not the first time that the minister has displayed his dance skills in public. He has done it during religious events as well.

The minister, popularly known as MTB by his supporters, was ranked the richest legislator in the country by the Association for Democratic Reforms, an NGO, last year which said his assets were valued at over Rs 1,000 crore.

Karnataka votes in two phases on April 18 and 23.