Weather Update: Visibility Affected Due To Dense Fog In Parts Of North India

Weather update: According to India Meteorological Department, very dense fog was reported in pockets over Punjab and West Rajasthan 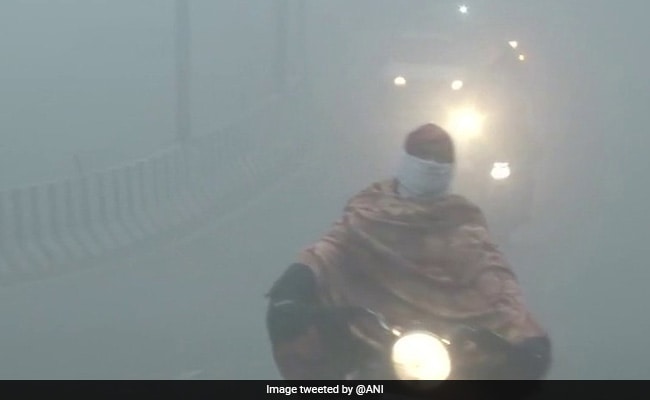 People in parts of Punjab, Haryana, Delhi, and Rajasthan woke up to dense fog on Wednesday morning. There was a slight chill in the air as well. According to India Meteorological Department (IMD), very dense fog was reported in pockets over Punjab and in isolated place over West Rajasthan and Odisha.

"Visibility was 25 meters in Amritsar, Patiala, Ganganagar and Chandbali, 50 meters in Hissar, and 500 meters in Delhi (Safdarjung and Palam)," the weather office said.

Delhi: Fog shrouds parts of the national capital leading to low visibility in many areas; visuals from Barapullah flyover and Akshardham area pic.twitter.com/z4SaRNW3B4

According to the meteorological department, the temperature in most northern states like West Rajasthan and Uttarakhand, at many places in Himachal Pradesh and at isolated places over Punjab, Haryana, Chandigarh, Delhi and Uttar Pradesh remained between 3.1 degree Celsius and 5.0 degree Celsius on Wednesday morning.

"Under the influence of wind discontinuity over northern Peninsular India, Current Nagpur Radar Animation (upto 7:30 am) suggests that occurrence of thunderstorm, lightning, hail and light to moderate rain are likely in Chhindwara, Seoni, Betul and Balaghat districts of eastern Madhya Pradesh," the IMD added.