I Quit: In Letter From London, Vijay Mallya Resigns As MP 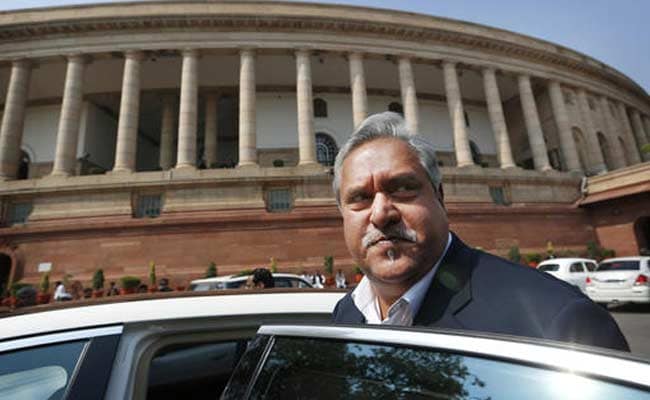 Vijay Mallya was nominated to the Rajya Sabha in 2010.

New Delhi: Before he could be expelled, tycoon Vijay Mallya has resigned from the Rajya Sabha in a letter sent from London.

The Ethics Committee of Rajya Sabha was prepping to remove Mr Mallya this week.

"I don't want my name and reputation to be further dragged in the mud and since recent events suggest that I will not get a fair trial or justice, I am hereby resigning as a member of the Rajya Sabha with immediate effect," the entrepreneur said in his resignation letter.

Mr Mallya has made it clear that he has no plans to return home from the UK to face banks to whom his defunct Kingfisher Airlines owes over a billion dollars.

"We have always been in dialogue with banks saying: 'We wish to settle'. But we wish to settle at a reasonable number that we can afford and banks can justify on the basis of settlements done before," Mr Mallya said in an interview to a newspaper last week.

Mr Mallya, 60, flew first class from Delhi to London on March 2 at a time when state-controlled banks belatedly accelerated efforts to recover the $1.4 billion owed by his collapsed Kingfisher Airlines Ltd.

India has asked for Britain to deport him, and an arrest warrant has been issued for him by a Mumbai court for money-laundering charges. He has denied any wrongdoing.
Comments
Vijay MallyaVijay Mallya Rajya SabhaVijay Mallya resigns from Rajya Sabha

PM Modi Shares What Is Helping Him Through Coronavirus Lockdown