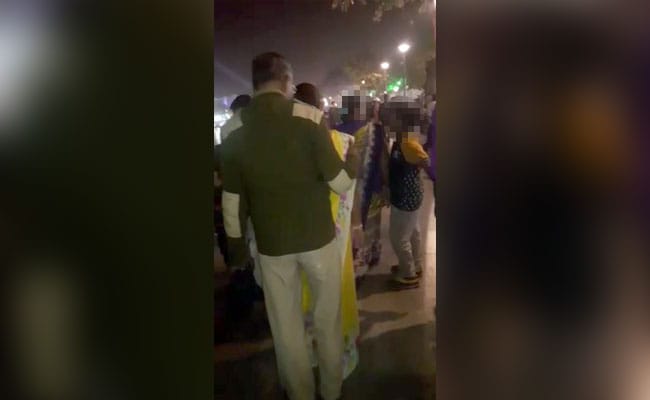 A grab from the video showing an act of alleged misdemeanour by the cop. NDTV cannot vouch for the authenticity of the video that has gone viral online.

Ahmedabad: A video clip purportedly showing a policeman molesting women visitors at Ahmedabad's Kankaria Carnival has gone viral, following which the city police has ordered an inquiry into the incident.

Around a minute-long video clip captured by an unidentified person shows the accused policeman molesting women while walking at the Kankaria Carnival held in the last week of December.

The week-long festival held around Kankaria lake premises in the city, hosts various cultural, art and social events. Hundreds of police personnel are deployed at the Carnival for security purposes.

However, the policeman has not yet been identified as his face is not visible in the video.

"Police have ordered an inquiry, which is going on at present to identify the accused policeman from hundreds, who were posted there," Senior police inspector of Maninagar police station NS Desai said.

"We are also yet to identify who shot the video clip," Mr Desai added.