Vaccines Being Made In India Due To Our Efficient Production Venue: S Jaishankar

The minister said that the approval to make the vaccine in India came with an obligation as it was an international collaboration. 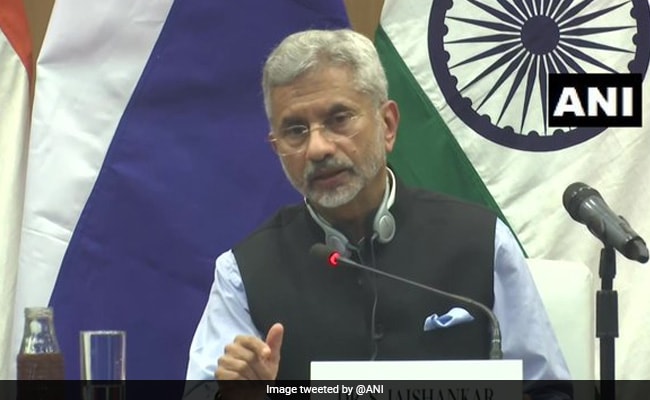 S Jaishankar was speaking at a Global Dialogue Series event

External Affairs Minister S Jaishankar on Wednesday explained the difference between India's vaccine "production situation", from that of the US and said Covishield is being made in India due to its efficient production venue.

Speaking at a Global Dialogue Series event, Mr Jaishankar said, "On what basis Covishield was being made in India? It's the Oxford-AstraZeneca vaccine, you can say it's a British-designed product. It was made in India as vaccine owner saw India as an efficient production venue."

Answering a question on India''s COVID-19 vaccine export, the minister said that the approval to make the vaccine in India came with an obligation as it was an international collaboration.

"Along with that the ability and approval to make in India, came an obligation to supply it to a large part of the world. So, people have to understand, it was not that vaccine production started in India, it was invented by an Indian, owned by an Indian, produced by an Indian. It was a truly international collaboration."

"When there is an international collaboration, if somebody gave you a vaccine to make in India, then you have to do your part, otherwise, it doesn't work," he added.

Mr Jaishankar also informed that there was an obligation to support the Covax initiative to give vaccines at a low cost to a number of nations.

"It (vaccine production) also came with support from the Covax initiative," he added.

COVAX is co-led by Gavi, the Coalition for Epidemic Preparedness Innovations (CEPI) and WHO. Its aim is to accelerate the development and manufacture of the COVID-19 vaccine.

Air Force Receives Over 94,000 Applications Under 'Agnipath' In 4 Days