Of the 16 bodies retrieved, 14 are of trainees and two of instructors, NIM said in a bulletin. 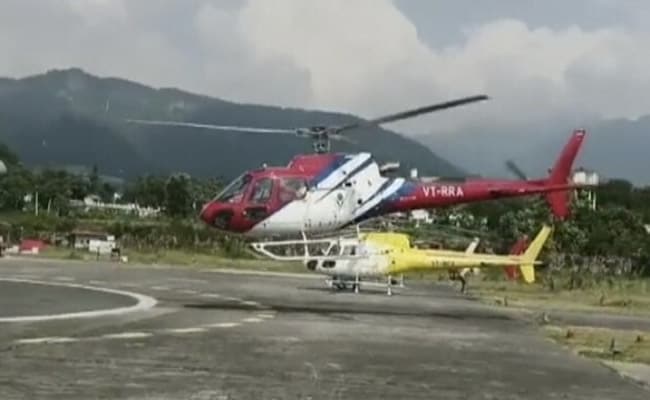 The avalanche occurred at a height of 17,000 feet on Tuesday

The death count in the Uttarkashi avalanche rose to 16 after 12 more mountaineers' bodies were recovered on Thursday, Nehru Institute of Mountaineering (NIM) said. Fifteen climbers are still believed to be missing.

The avalanche occurred at a height of 17,000 feet on Tuesday when the NIM team was returning after summiting Draupadi Ka Danda II peak.

Of the 16 bodies retrieved, 14 are of trainees and two of instructors, NIM said in a bulletin. Four bodies were recovered on the day of the avalanche.

A search-and-rescue operation is in progress at the disaster site, the institute said.

However, helicopters were pulled from the operation due to bad weather. Their operation will resume on Friday morning depending on the weather, it added.

Earlier in the day, a 14-member team from High Altitude Warfare School based in Gulmarg in Jammu and Kashmir joined the rescue operation, the State Emergency Operation Centre (SEOC) here said.

Nayab Subedar Anil Kumar, the instructor leading the team, told PTI, "There were 42 climbers in the team, including 34 trainees." Kumar, who was among 14 injured mountaineers brought down from the NIM base camp and admitted to the district hospital on Wednesday, said 33 climbers took shelter in a crevasse during the avalanche.

"As I was ahead of the rest, I hung on to the left of the crevasse. When the snow began to settle, I undid the ropes and started to rescue my team mates. The other instructors also joined in," he added. In the absence of proper tools, it took them two hours to remove the snow.

Those who could be spotted were pulled out. Despite their efforts, 29 team members were stuck inside the crevasse, the instructor added.