Uttarakhand BJP MLA Charged For Rape, Says Part Of Conspiracy To Defame Him

An FIR was registered against Mahesh Negi at the Nehru Colony police station on Sunday under relevant sections of IPC, Dehradun Superintendent of Police (City), Shweta Choubey, said. 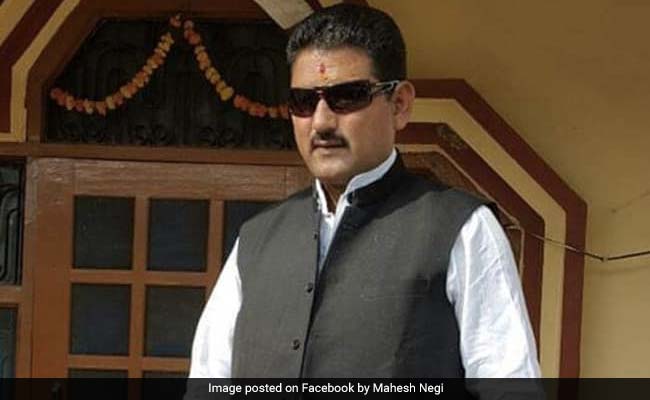 Mahesh Negi said he is gathering evidence against the woman which he will submit to the police.

BJP MLA from Dwarahat, Mahesh Negi, has been charged for rape and criminal intimidation weeks after a woman accused him of the crime in a police complaint, police said.

An FIR was registered against Mahesh Negi at the Nehru Colony police station on Sunday under sections 376 (rape) and 506 (criminal intimidation) of the IPC in compliance with the orders of a local court, Dehradun Superintendent of Police (City), Shweta Choubey, said.

The legislator's wife Rita Negi has also been charged for criminal intimidation, she said.

However, the MLA described the allegations against him as part of a conspiracy to defame him, saying some Congress leaders were also involved in it. He also expressed his readiness to face any probe and accused the woman of also framing others in false cases in the past.

He said he is gathering evidence against the woman which he will submit to the police.

The woman had lodged a police complaint on August 16 accusing the MLA of raping her and fathering her daughter. She also demanded that a DNA test should be conducted if the law enforcing agencies doubted the veracity of her charge.

An FIR was lodged last month against the woman on the basis of a complaint by the legislator's wife that he was being blackmailed by the woman as he had refused to pay her Rs 5 crore which she was trying to extort from him.