The Class 11 in Mainpuri student was returning from her school after Gandhi Jayanti celebrations when she was allegedly killed. 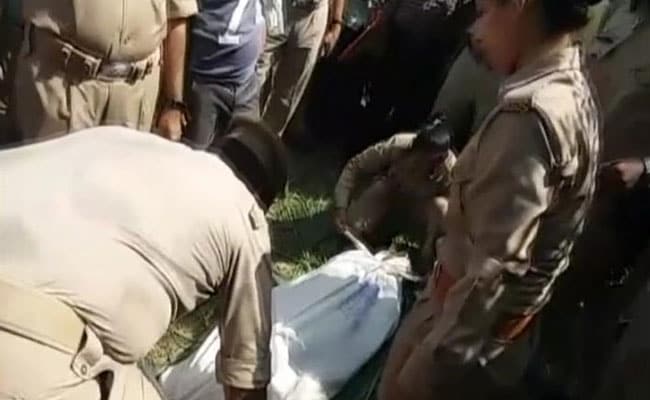 The Class 11 student was found hanging on a tree in Uttar Pradesh's Mainpuri.

A 15-year-old girl was found hanging from a tree in Uttar Pradesh on Tuesday. Police said she was allegedly beaten to death. Three men have been arrested.

The Class 11 student was found hanging from the tree with her dupatta or shawl around her neck.

The girl, a Class 11 student, was returning from her school after Gandhi Jayanti celebrations, when she was stopped by the men, her family said in the complaint.

The teenager's  brother has alleged in his complaint that four men beat her up and tried to sexually assault her. Three of them, who are from a neighbouring village, have been arrested. Police are searching for the fourth accused.

Police ruled out sexual assault as the post-mortem report did not indicate any physical injuries in the girl's private parts. Hanging was mentioned as the cause of death.

One of the men arrested drives a mini van that takes students to the girl's school. Police sources said he has told them he met the girl after speaking with her on phone on Tuesday. He also told the police that he was assaulted by the girl's brother and a few other men from the village.

In 2014, just 114 km from Mainpuri, two teenage sisters were allegedly gang-raped and later hanged from a tree. The incident had sparked massive outrage both in India and abroad, even promoting the United Nations to react.