UP Minister Washes His Hands Off Sitapur Dog Attack Deaths 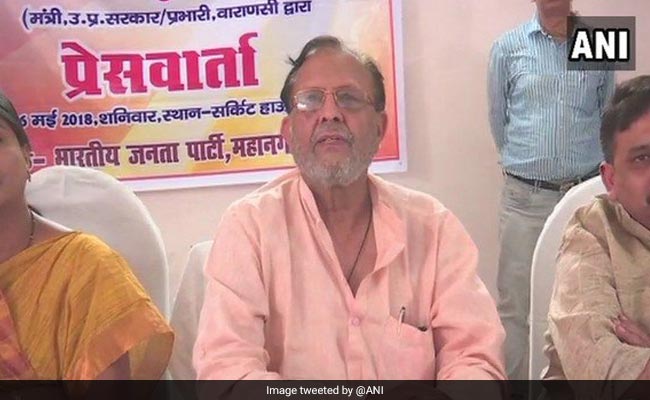 Sitapur, Uttar Pradesh: A minister in Yogi Adityanath's  cabinet in Uttar Pradesh has said the government cannot be held responsible for deaths due to stray dog attacks in Sitapur. "If an animal enters somewhere and bites someone, how are the government and the administration responsible?" urban development minister of the state Suresh Kumar Khanna told news agency ANI on Saturday.

The minister's remarks come amid panic in Sitapur, after an alarming rise in the number of stray dog attacks. Eight people, mostly children, have died only in May and 14 in the last six months in Sitapur and areas nearby. The last case was reported on May 18, when an 8-year-old girl was mauled to death by a pack of stray dogs.

Around 22 villages in Khairabad block of Sitapur are affected by the dog menace. Taking note of the repeated incidents of dog attacks in Sitapur, the Allahabad High Court had asked the Uttar Pradesh government on May 17, to spell out the steps being taken to curb the menace.

Following the court's observations and rising panic and anger in the district, Chief Minister Yogi Adityanath had formed a committee to look into the stray dog attacks. "Effective action should be taken by forming joint teams comprising officials of the police department, animal health department, nagar palika and nagar panchayat. A team of experts from Lucknow and Bareilly should be called, and a probe be done," Adityanath had said in a statement. He had visited Sitapur on May 18 and met the families of children who had been attacked by the feral dogs.

Promoted
Listen to the latest songs, only on JioSaavn.com
The district administration is now using drones and night vision binoculars to track the dogs. There are around 100 savage dogs, out of which 22 have been captured and sent to Lucknow, where their behaviour is being studied. The district magistrate of Sitapur, Sheetal Verma, has assured residents saying there is round the clock help available and a helpline has been setup, which the residents can call to give information about stray dogs.

Earlier this month the Director of Bareilly-based Indian Veterinary Research Institute (IVRI) RK Singh had told news agency PTI, "When the abattoirs were operational, the dogs used to get food in form of leftovers. But, with the closure of the abattoirs, there was a shortage of food for the dogs...before this, such aggressive nature of dogs was not reported."
Comments
Sitapur stray dogs scareSuresh Kumar Khanna