Lok Sabha Elections 2019: The BJP's overwhelming victory was historic, the official said, adding that it was the first back-to-back majority wins since 1971. 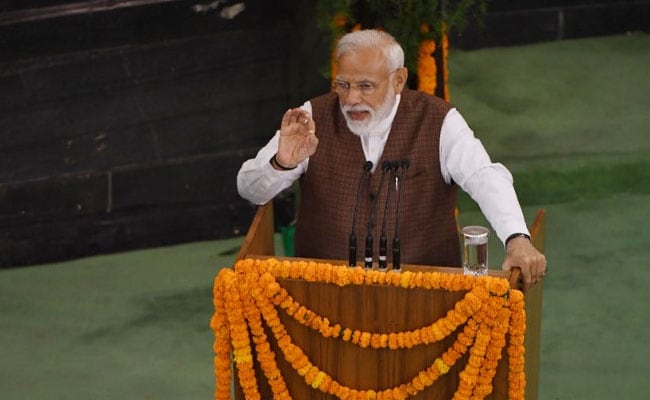 The US has welcomed the post-election statement of Prime Minister Narendra Modi on inclusiveness, saying his re-election was a "clear" mandate for his vision of a strong, inclusive and prosperous India that plays a leading role on the global stage.

Prime Minister Modi said last week that his government will now begin "a new journey to build a new India with new energy" and reached out to minorities, saying the ruling alliance must win their trust and work without any discrimination.

"We certainly welcome Prime Minister Modi's post-election statements that have emphasised inclusivity that no one should be left behind, that there should be no distinction between Indian citizens, that the government should rule with the trust of everyone," a senior State Department official told a group of reporters hours after PM Modi was sworn in for the second five-year term in office.

Prime Minister Modi was on Thursday administered the oath of office and secrecy by President Ram Nath Kovind.

The BJP's overwhelming victory was historic, the official said, adding that it was the first back-to-back majority wins since 1971.

"It provided a clear mandate for Prime Minister Modi and for his vision of strong, inclusive and prosperous India that plays a leading role on the global stage," the official, who did not want to be named, told news agency Press Trust of India on Thursday.

The recently-concluded election in India was an extraordinary democratic lesson in which 600 million voters out of 900 million eligible voters - literally one in eight people living on this globe participated, the official said.

In a news dispatch from New Delhi, The Washington Post said that now that Prime Minister Narendra Modi has been sworn in, the hard part begins: delivering on his promises and meeting the heady expectations for his second term.

"While much of the election campaign focused on questions of national security, voters also are looking to PM Modi to accelerate economic growth and deepen progress on development issues," the daily wrote.

The Wall Street Journal said the ruling BJP is planning gradual changes to the economy after winning back-to-back majorities, focusing on streamlining rather than overhauls which many economists and executives say would put India on a higher growth trajectory.