The demonstration by the aircrafts will start this week at the shore-based test facility (SBTF) at INS Hansa, the naval air station in Goa. 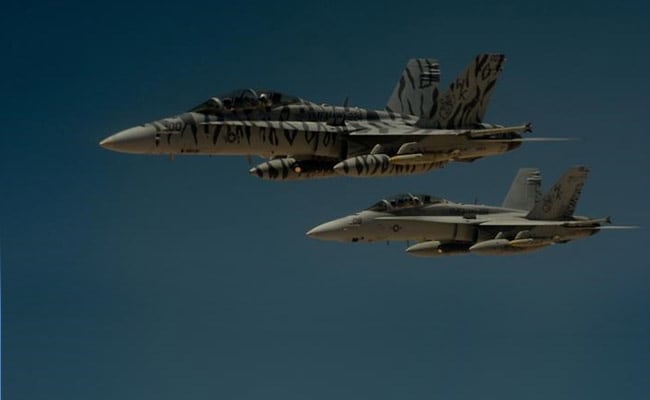 Two Boeing F/A-18E Super Hornet fighter aircrafts have arrived in India to showcase their operational capability at a naval facility in Goa as the Indian Navy plans to acquire a fleet of combat jets for its indigenous aircraft carrier (IAC) Vikrant, people familiar with the development said.

The demonstration by the aircrafts will start this week at the shore-based test facility (SBTF) at INS Hansa, the naval air station in Goa, they said.

The flight trials are expected to last for over a week, they said, adding the two jets arrived in India on May 20.

In January, the Indian Navy carried out flight trials of the Rafale maritime fighter aircraft.

The Indian Navy plans to procure a batch of fighter jets for IAC Vikrant that is likely to be commissioned in August.

Over four years ago, the Indian Navy had initiated the process to acquire 57 multi-role combat aircraft for its aircraft carrier.

The Request For Information issued by the Navy for procurement of the deck-based fighter jets sought to know at what level of Transfer of Technology (ToT) the companies are willing to share with India.