US Agency For International Development Announces 5 New Partnerships In India 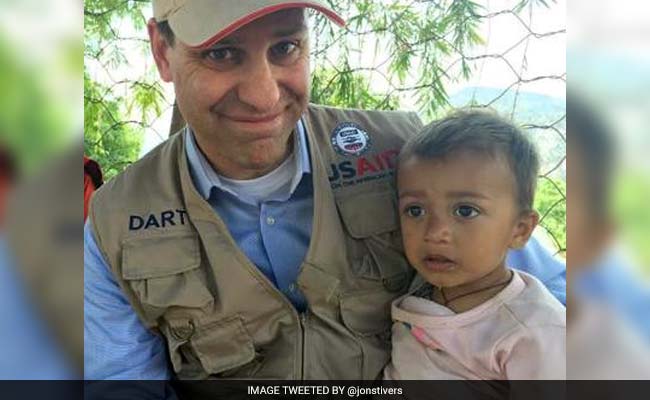 Jonathan Stivers is in Delhi to attend the second US-India Strategic and Commercial Dialogue.

New Delhi: The US Agency for International Development (USAID) has announced five new partnerships, four of which are with the Government of India, to expand Indo-US cooperation on clean energy, environment and climate change.

During the US-India Joint Working Group on Combating Climate Change, USAID also announced its collaboration with the Forest Survey of India (FSI) to strengthen the latter's capacity to better predict forest fires.

This will also include using of high-resolution satellite imagery for forest resource assessment, and develop protocols for strengthening forest inventory. The initiative will mobilise the scientific expertise of the US Forest Service.

Among other partnerships is Greening the Grid, a joint initiative between USAID and Ministry of Power initiative to strengthen India's power grid to manage large-scale integration of renewable energy.

The project will be undertaken between Bangalore power utility BESCOM and US-based company, Innovari.

"As part of the expansion of US-India bilateral cooperation, USAID will continue to support the Ministry of Power, Ministry of New and Renewable Energy (MNRE), and Ministry of Environment, Forests and Climate Change to help India transition to a high-performing, low-emission, energy-secure economy," said Jonathan Stivers, USAID Assistant Administrator for Asia.

Mr Stivers is in Delhi to attend the second US-India Strategic and Commercial Dialogue.

Under the next partnership, the MNRE and USAID also agreed to expand their solar rooftop programme to an additional eight states and 15 utilities.

Currently, fewer than 5 per cent of households have ACs in India, but with rising demand for cooling and better comfort, the growth rate of AC sales is expected to accelerate to 30 per cent per annum over the next five years.

Promoted
Listen to the latest songs, only on JioSaavn.com
To improve urban air quality through energy efficiency, USAID is also partnering with the University of Chicago to work with the Centre and Gujarat State Pollution Control Board to pilot a market instrument designed to reduce costs for industrial plants to comply with regulatory limits on emissions.

The first pilot under this partnership will be tested in Gujarat.