"I got married three years back. I asked Rs 30 for medicine and instead, he (her husband) started shouting at me and gave me triple talaq," the woman said 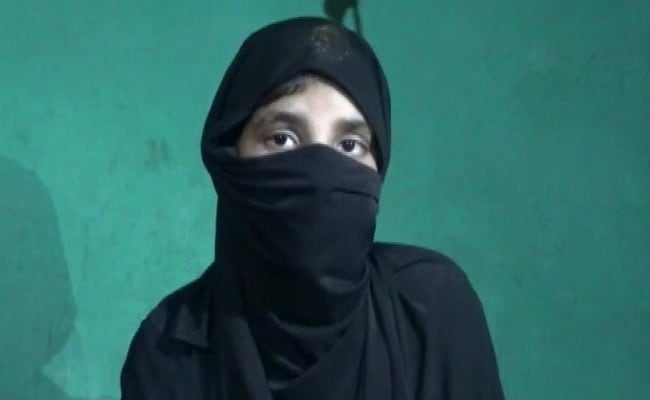 A woman from Hapur district of Uttar Pradesh claimed she was given triple talaq by her husband for asking him for Rs 30 to buy medicines.

The woman's mother said, "My daughter fell ill and she demanded money for medicine from her husband. They had an argument after which she was given triple talaq and ousted from her in-laws' house."

"I got married three years back. I asked Rs 30 for medicine and instead, he (her husband) started shouting at me and gave me triple talaq. Thereafter, his family pushed me out of their house," the victim said.

She also claimed that her two kids have been taken away from her.

DSP Hapur Rajesh Singh said, "We have received an application where a woman has alleged that her husband gave her triple talaq a few days back. We have registered a case and are doing an investigation. Action as necessary will be taken".

The Muslim Women (Protection of Rights on Marriage), Bill, 2019, which criminalises instant "triple talaq" among Muslims and attracts a jail term of three years for the husband came into force on August 1.