UP Exam Paper Leak: On June 18 this year, 19 people were arrested for allegedly aiding cheating through hi-tech devices, such as spy-mics, and placing "solvers" impersonating aspirants in the Uttar Pradesh police constable recruitment examination. 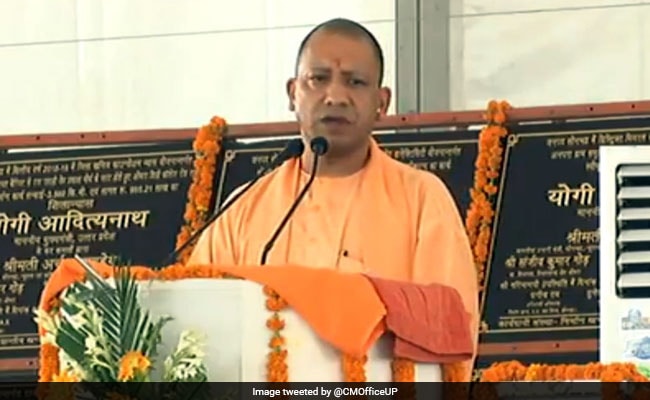 "The exams should be transparent and corruption-free. The government will not tolerate those trying to play with the future of youths. Strict action will be taken against those who pollute the examination process," an official spokesman said today quoting the chief minister.

"The National Security Act will be invoked against those involved in paper leaks and if discrepancies are committed by the agencies involved in the process, they will be blacklisted and legal action will be taken against them," said the chief minister, according to the spokesperson.

The chief minister is of the view that the exam system should be made foolproof and directed officials heading recruitment boards to ensure vacancies in their departments are filled without much delay.

"The posts in any department should not remain vacant for longer duration. They should be filled timely," the Mr Adityanath said.

Last week, the UP Pradesh Special Task Force had arrested 11 people for their alleged roles in the leakage of questions papers for tubewell operators recruitment tests, which is organised by the Uttar Pradesh Subordinate Services Selection Commission (UPSSSC).

The leakages led to the cancellation of the examination and the UPSSSC had said it will prepare "at least two sets of question papers" as a corrective measure.

"We are planning to have at least two sets of question papers so that in case of leakage of a particular set another set of questions can be given to the examinees," UPSSSC Chairman CB Paliwal said.

"A proposal will be sent to the state government suggesting two examinations - screening and mains. This will help in weeding out chances of possible leakage of question papers in the future," Mr Paliwal said.

In the past, leakages of questions papers of various examinations were reported from the most populous state of the country, earning it a bad name and giving tough time to both the job aspirants and the cops.

On July 29, as many as 51 people were arrested by the UP Police from different parts of the state for facilitating cheating during a recruitment examination for assistant teachers.

On June 18 this year, 19 people were arrested for allegedly aiding cheating through hi-tech devices, such as spy-mics, and placing "solvers" impersonating aspirants in the Uttar Pradesh police constable recruitment examination.

On August 23, 2017, seven members of a gang allegedly involved in leaking a question paper of the online examination for sub-inspectors (SI) were arrested by the Special Task Force.