The 24 girls from the Deoria shelter home were rescued on Sunday amid allegations that they were sexually exploited. Another such case has came to light from Muzaffarpur in Bihar. 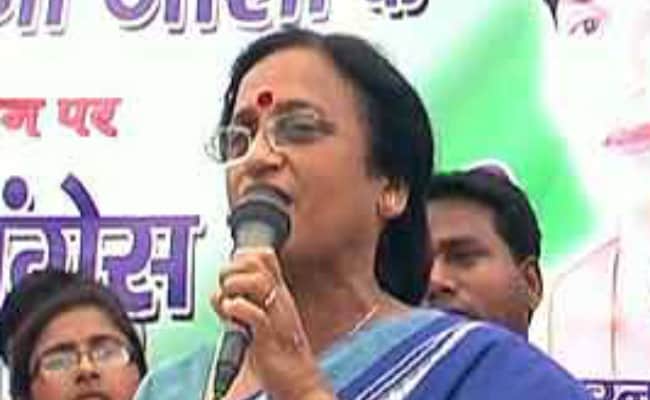 Uttar Pradesh's Women Welfare Minister Rita Bahuguna Joshi today admitted laxity by Deoria administration in shutting down the shelter home from where 24 girls were rescued, saying the district officials were aware about the closure order but allowed the facility to operate for more than a year.

The admission of laxity by the state women and child welfare minister came a day after Union minister Maneka Gandhi said she feared that there could be more cases of sexual abuse of minor girls at shelter homes.

The 24 girls from the Deoria shelter home were rescued on Sunday amid allegations that they were sexually exploited. Another such case has came to light from Muzaffarpur in Bihar.

"In June last year, an order was issued for the closure of the shelter home and district magistrate was informed but it was not followed. At least 15 notices were given to the Deoria district magistrate for closure of the shelter home and shift inmates elsewhere. Five letter were sent from Directorate level... Certainly, there was laxity at local level," Ms Joshi told reporters.

About the two-member team of Additional Chief Secretary Renuka Kumar and ADG Anju Gupta probing the matter, Ms Joshi said, "The team has taken statements of inmates and checked records. The records and statements of the shelter home operators are contradictory."

"When order was issued for its closure (last year) there were 28 inmates there, now it had 23 including 20 girls and three boys. The records of the NGO says they had 42 inmates. The attempts are on to trace remaining ones. It will be done in next 24 to 48 hours," she added.

Deoria superintendent of police yesterday told media that 24 girls were rescued from the shelter home. But the mystery remained about the rest of the girls mentioned in the shelter home register.

"We are doing unbiased probe in the matter and those found guilty will not be spared. Chief Minister Yogi Adityanath is monitoring the probe. I will be meeting him this evening and after the probe report action will be taken," Ms Joshi said.

The minister also appeared to shift partial blame on the previous BSP government. Ms Joshi said the NGO which ran the shelter home - Ma Vindhyavasini Women Training Evam Samaj Seva Sansthan - was given government work in 2010, when the BSP was in power.

"It was made girl, child centre, child home, adoption centre and given more work between 2010-2014 during the previous SP and BSP governments."

She alleged the child working committee, entrusted with the task of inspecting such shelter homes were constituted during the Samajwadi Party dispensation and "wrong persons" were made its members.

"We are going to initiate action against 70 members... Those involved in discrepancies are now doing agitation. Had we not been sensitive, we would not have lodged FIR and arrested the accused," she said.