UP Polls: All four assembly constituencies in Mainpuri district -- Mainpuri, Bhongaon, Kishni and Karhal -- are currently held by Samajwadi Party. 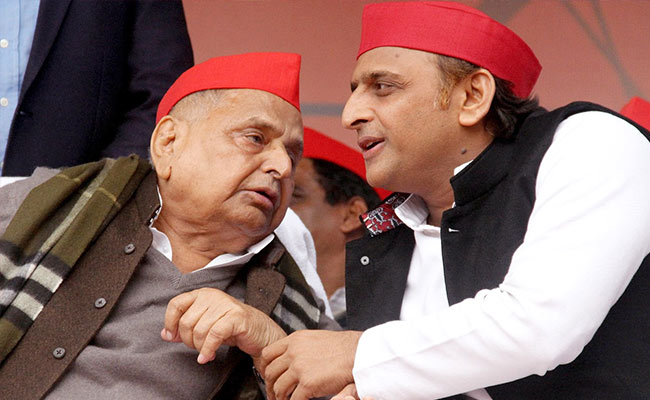 UP Polls: Mulayam Singh Yadav had started his political career from Mainpuri. (File)

Mainpuri, considered a stronghold of the Samajwadi Party (SP), is set to witness a tough fight this time between the ruling BJP and its traditional foe in the Uttar Pradesh Assembly elections.

There are four Assembly constituencies in Mainpuri district including Mainpuri, Bhongaon, Kishni and Karhal. All four seats are currently held by Samajwadi Party.

Samajwadi Party patron Mulayam Singh Yadav had started his political career from Mainpuri which is now setting the grounds for son Akhilesh Yadav.

The locals of Mainpuri, though considered a loyal vote bank of the SP, lauded the Chief Minister Yogi Adityanath-led government for improving the law and order situation. They feel that the BJP can give a tough competition to the SP.

However, many still maintain that unemployment and lack of connectivity and infrastructure remain the main concerns and polling will be done based on these issues.

Rocky Shukla, a native of Mainpuri said that three core issues in the region include lack of education, health and infrastructure.

"There was infrastructure development during the SP rule but it did happen much in the current BJP government. But, when it comes to administration, the Yogi government is better. a combination of both will be best for the public," Mr Shukla told news agency ANI.

He believes that unlike the one-sided elections held earlier, BJP will give a tough fight against the SP.

"BJP's impact is good this time. Earlier it used to be a cakewalk for SP candidates but now I can say there is a tough fight between SP and BJP," Mr Shukla added.

Damodar Kashyap, 56, reiterated that the BJP is giving challenge to SP unlike before and said, "We are happy as we are getting free ration from Yogi government. Mafiaraj and Hooliganism is over."

Sandeep Chaturvedi, a local businessman, believes that the city demands better connectivity, educational institutions and medical facilities, adding that unemployment is a major issue among the youth.

"The biggest issue is unemployment, lack of development and connectivity. Etawah has more trains compared to Mainpuri. It is true that free ration was given by BJP during the COVID pandemic. I believe the battle is tough this time. SP has not given much to Mainpuri as compared to Etawah. No educational institution is there. There are no tertiary medical care facilities," Mr Chaturvedi said.

He alleged that the incumbent government, considering Mainpuri as a stronghold of the SP, did not pay much attention to it.

Mukim, 40, said development is the key issue for Mainpuri. He does not believe that the law and order situation has improved.

"There should be development. Law and order situation is not that good. BJP is in the contest but will not be able to defeat the SP candidate," Mr Mukim told ANI.

Mainpuri will be going to the polls on February 20 in the third phase of the Uttar Pradesh Assembly elections.

Two phases of the seven-phased polls in Uttar Pradesh have concluded, while the state will have another five phases of polling. The counting of votes will take place on March 10.