The police officer, additional Superintendent of Police RS Gautam, had just spoken at length about the right to raise one's voice and protest when the student, Muniba Kidwai, piped up. 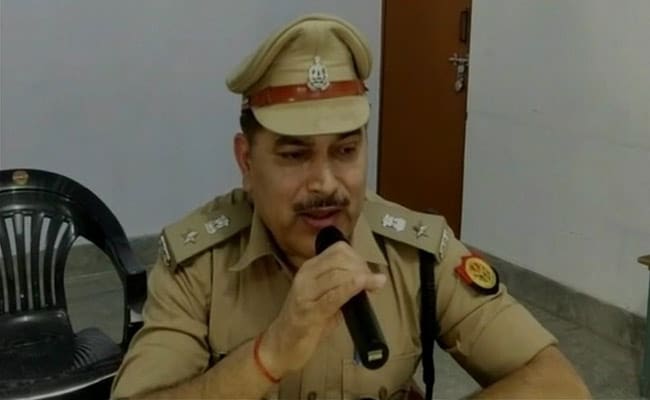 Under national scrutiny over its poor handling of a teen rape survivor's case against a BJP lawmaker, the Uttar Pradesh police on Wednesday delivered a lecture to students about women's safety only to end up being schooled.

The police in UP's Barabanki are visiting various schools to mark police security week. The extreme awkwardness that a police officer endured in one of the schools, on being asked a tough question by a Class 11 student, is documented on camera.

On video, the policemen are looking discomfited as the student refers to the car crash on Sunday that left the Unnao teen rape survivor critical and killed two of her relatives. The crash, caused when their car was hit by a speeding truck with its licence plate blackened, is being investigated by the CBI following the family's complaint alleging the hand of Kuldeep Sengar, the rape-accused lawmaker, and his aides.

The police officer, Additional Superintendent of Police RS Gautam, had just spoken at length about the right to raise one's voice and protest when the student piped up.

"You said we should raise our voice and protest. We know a teen was raped by a BJP leader," she began, and went on to talk about the car crash. "Everyone knows it was no accident. The truck number plate was painted black...It is one thing to protest when an ordinary person is involved, but what when the person is someone powerful? We know no action will be taken if we protest and even if action is taken, it will be of no use. The girl is in a critical state...If we protest, how will you ensure justice? How will you guarantee my safety? What's the guarantee nothing will happen to me?"

Throughout her minute-long question, other students in the hall clapped and hooted at her pluck.

A UP police officer today confirmed the Unnao girl's family's allegation that they made multiple complaints of threats and intimidation.

Senior Unnao police officer MP Verma confirmed that 25 complaints were received from the family, but added: "From whatever I have seen, I haven't seen any request for security. We are studying the case and we will see."

The Supreme Court will take up the Unnao case on Thursday.