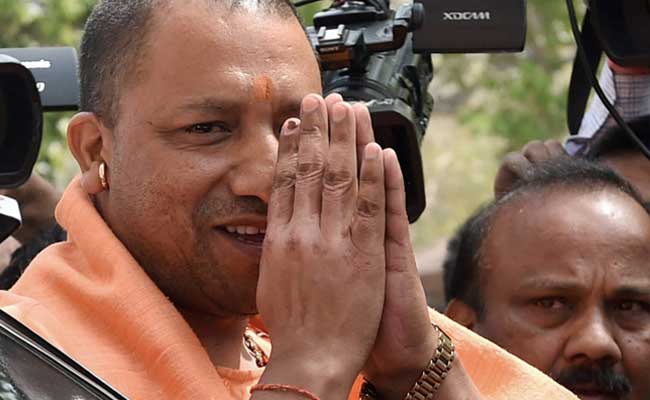 Yogi Adityanath has been a strong votary of cow slaughter ban.

The website, www.yogiadityanath.in, of 'Parampujya Mahant Adityanathji Maharaj, mukhyamantri (UP)', has elicited views on if stern laws should be enacted banning cow slaughter.

A whopping 80 per cent of respondents by 5 PM have favoured enacting a tough law, while 19 per cent have spoken against it. The 'yes-no' survey has not mentioned the views expressed by the rest one per cent.

The Chief Minister has been a strong votary of ban on cow slaughter and has publicly expressed his views.

The website is managed by Santosh Yadav, a close aide of the CM, from Gorakhnath Mutt.

The opinion poll appears at the bottom of the homepage and reads: 'Do we need to formulate a strict law to stop cow slaughter?' The respondents have been asked to mention their full name and mobile number.

There is, however, some confusion on when the opinion poll was started.

While some say that it was initiated before Adityanath took over as the Chief Minister, there are others claiming that it has been stared just a couple of days ago.

Soon after assuming the office of the chief minister, Adityanath has started implementing the promises the BJP made in its manifesto.

He has already directed the police to prepare an action plan for closure of slaughterhouses across the state. He has also ordered a blanket ban on smuggling of cows.
Comments
Yogi Adityanathcow slaughter ban