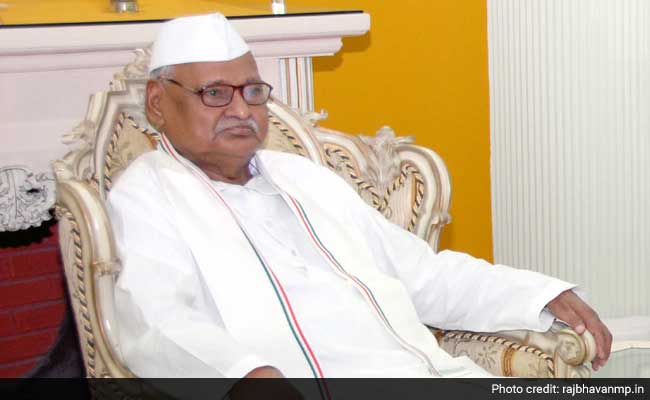 Bhopal: Madhya Pradesh Governor Ram Naresh Yadav, in the eye of the Vyapam storm, is hosting an iftaar party in state capital Bhopal this evening. A notice from the Supreme Court on a petition on his alleged role in the Vyapam scam did not interrupt his plans.

But Chief Minister Shivraj Singh Chouhan of the BJP, whose government too is besieged by the massive controversy, is not attending the party at the Raj Bhavan, though he is back in Bhopal. But his Home Minister Babulal Gaur attended the iftaar party. In Delhi today, Mr Chouhan said "I welcome it wholeheartedly. There was a burden on my heart" as the Supreme Court also decided that the CBI would now investigate the scam and the many inexplicable deaths of people linked to it.

Mr Chouhan called it his "agnipariksh" (litmus test). "The MP government should get credit for investigating the case and cleaning the system," he said.

Governor Yadav, 87, has offered no comments yet on today's developments. Amid speculation that he could resign after the notice was issued to him, his office confirmed that he has not sought an appointment with the President of India. It also said he had no plans to travel to Delhi any time soon.

Mr Yadav has been given four weeks to reply to the notice on a petition that challenges the quashing  by the Madhya Pradesh High Court of an FIR or first information report against him in the Vyapam recruitment scam. The FIR named him as an accused in a Vyapam case, but the HIgh Court had ruled that he could not be investigated while in office.

Sources said Mr Yadav, the subject of the main national headlines today, watched the news on TV and then napped after lunch.

In Delhi, sources said, the BJP-led central government is prepping for Mr Yadav's exit. When and how are the questions now, the sources said.

The Congress's Digvijaya Singh said today, "I would have resigned the day my name would have come in the FIR... I appeal to Ram Naresh Yadav to resign immediately." Sources said the party also phoned Mr Yadav, a Congressman before he became Governor, asking him to resign.