The former BJP president Nitin Gadkari presented to Salim Khan some booklets highlighting the achievements of the Modi government in the last four years. 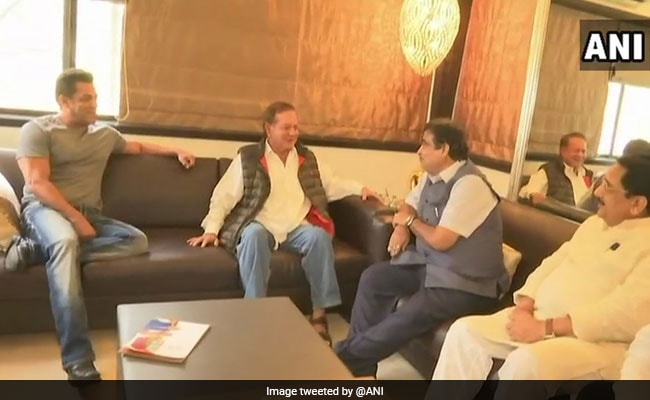 The former BJP president presented to Salim Khan some booklets highlighting the achievements of the Modi government in the last four years.

The meeting that took place at 'Galaxy', Khan's apartment in Bandra, lasted for 30 minutes. Mr Gadkari was accompanied by Raj Purohit, a senior party leader from Mumbai.

"Met Sri Salim Khan ji and Salman Khan as part of Sampark for Samarthan campaign. Have discussed the achievement and initiative  of Modi government in last 4 years,"the Union minister tweeted after the meeting.

The 'Sampark for Samarthan' (contact for support) campaign was launched to mark the four years of Modi government last month.

Promoted
Listen to the latest songs, only on JioSaavn.com
As many as 4,000 functionaries of the party will contact one lakh people, who are recognised names in their fields, to inform them about the government's works during its four year tenure.

Two days back, BJP chief Amit Shah had called on actor Madhuri Dixit and industrialist Ratan Tata in Mumbai as part of the initiative.