Gajendra Singh Shekhawat said the authority to grant citizenship is not with the Collectors but with the Government of India. 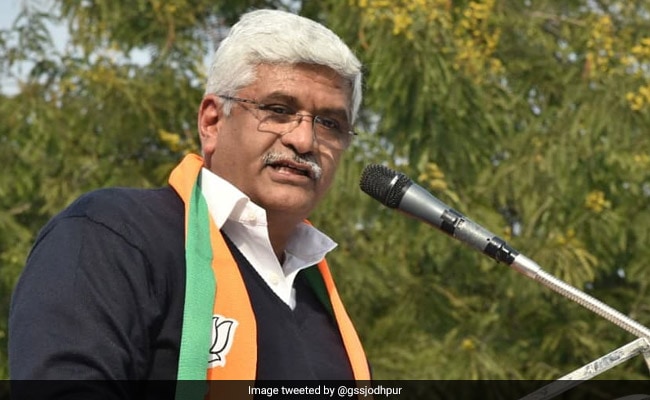 Union Minister Gajendra Singh Shekhawat on Friday said if the Rajasthan government does not give the right to grant citizenship under the new law to the district collectors, then the Centre will hand over this responsibility to the officials of Income Tax and Customs.

The Union Jal Shakti Minister said this while addressing the BJP rally in support of the Citizenship Amendment Act.

"The governments of Rajasthan, West Bengal and Madhya Pradesh say that the Citizenship Amendment Act will not be implemented. They say that citizenship will be given by the collectors who work under the state government," he said.

Mr Shekhawat said the authority to grant citizenship is not with the Collectors but with the Government of India.

"The day the government of Rajasthan will try to stop, the responsibility will be given to Income Tax and Customs officials to set up camps and provide citizenship."

He said Muslims in India are living with respect and have equal rights.

Violent protests have taken place in different parts of the country after the Parliament passed the contentious legislation last week.

The central government is open to accept suggestions, if any, from people who are staging protests against the Citizenship Amendment Act (CAA), a top official said on Friday.

The Union Home Ministry is preparing the Rules for the CAA in consultation with the Law Ministry that will indicate the process to apply for Indian citizenship by eligible refugees from Pakistan, Bangladesh and Afghanistan under the legislation.

The Act suggests that the Union Home Ministry will designate a competent authority that will handle the applications of those who are going to apply for Indian citizenship, and the entire process will be digital.

However, the authority may be changed now and it will be specified in the Rules to be issued for implementation of the CAA.