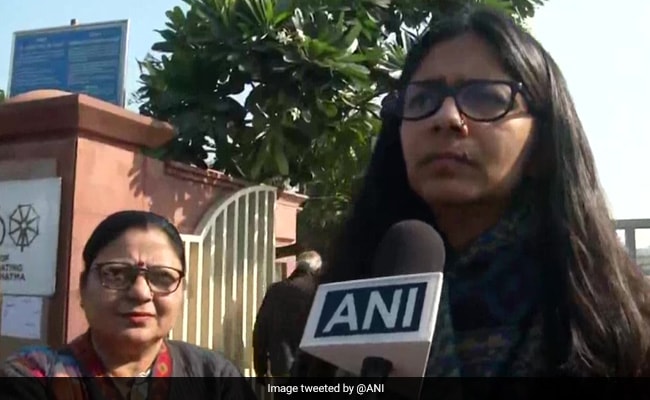 Hundreds of women joined Delhi Commission for Women (DCW) chief Swati Maliwal in the national capital today to protest the horrific gang-rape and murder of a 26-year-old woman in Telangana last week. Ms Maliwal, who earlier claimed Delhi Police had erected barricades to prevent the protest, began an indefinite hunger strike to demand fast-tracking of rape cases and death penalty for rapists. The DCW chief also wrote to Prime Minister Narendra Modi today to demand rapists be hanged within six months of conviction. She stressed on the implementation of laws and increasing police resources.

Gathered around Swati Maliwal the protesting women shouted slogans - such as "Nirbhaya hum sharminda hai, tere kaatil zinda hai (Nirbhaya, we are ashamed. Your attackers are still alive)", in a reference to the 2012 Delhi gang-rape - to highlight the lack of security for women.

One protester held up a poster that read: "Police uncle, are we safe?"

"My demand to PM... we want capital punishment for rapists. Hyderabad accused must be hanged. Last year I protested and within 10 days the government made a law that rapists of minors will get capital punishment within 6 months... it did not happen," Ms Maliwal said.

The DCW chief demanded Prime Minister Modi implement the necessary laws and called for "strict and swift punishment". She also claimed PM Modi, whom she said "should encourage us that we are with you", had yet to reply to "hundreds of letters" she had written to him.

The protests against the shocking crime in Telangana have also included online petitions.

According to popular petition website change.org, over 500 appeals have been launched and more than 15 lakh people have signed these appeals. The most popular of these - which can be found here - is by another veterinarian (from Mumbai) and it has gathered a staggering eight lakh signatures, so far. 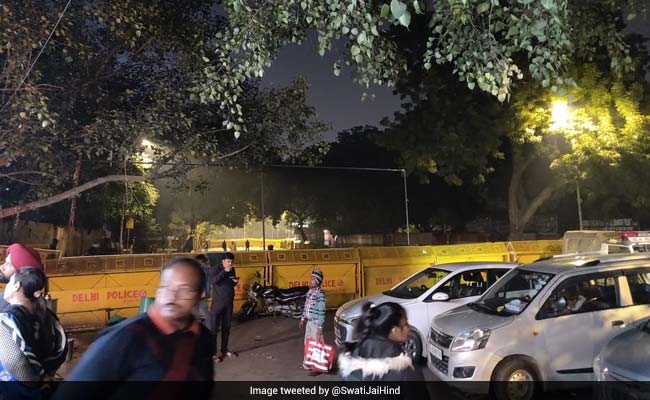 Pointing out Delhi Police faced a shortfall of 66,000 officers and 45 fast-track courts, Ms Maliwal also called on the cops to support her campaign.

"We need to enhance infrastructure for better implementation of the law. I want to tell Delhi Police we are protesting for you... I am not a criminal. I want your support," she said, adding that they had denied her permission to hold her protest at Delhi's Jantar Mantar.

Delhi Police said they had not rejected the demand but had asked for details and logistics in accordance with Supreme Court guidelines. They said the request had been unanswered.

The women protesting at the event included school and college students.

"We want accused in Hyderabad gang-rape and murder case to be hanged or allow the public to punish them," Chanchal Solanki, an 18-year-old Class 12 student, said.

Four men have been accused of the gang-rape and murder in Telangana. According to police documents accessed by NDTV they planned the crime - they allegedly strangled her before burning the body - in detail when they saw her park her scooter near a toll booth.

The incident sparked nationwide protests and led to MPs demanding action in parliament - Samajwadi Party MP Jaya Bachchan said "these types of people (the rape accused in the Telangana case) need to be brought out in public and lynched".