Only India Taking Action To Bring Back Citizens From Ukraine: Yogi Adityanath

The Indian citizens stuck in Ukraine are being airlifted once they cross to neighbouring countries such as Romania, Hungary, Slovakia and Poland. 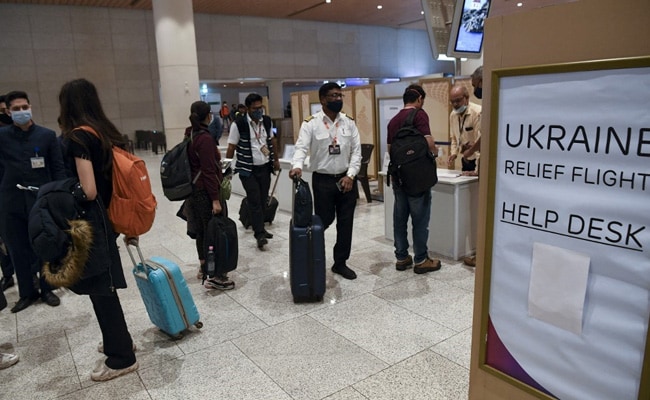 The Ukrainian airspace has been shut since February 24 due to the Russian military offensive.

Uttar Pradesh Chief Minister Yogi Adityanath on Wednesday met students from Gorakhapur who returned from Ukraine, and claimed that only India was taking action to bring back its citizens from the war-torn country.

The Ukrainian airspace has been shut since February 24 due to the Russian military offensive. The Indian citizens stuck in Ukraine are being airlifted once they cross to neighbouring countries such as Romania, Hungary, Slovakia and Poland.

The chief minister claimed that students from other countries were left on their own while "only India has ensured the safe return of their residents." "This facility (of bringing back home) was available only to Indian citizens and students. You must have seen that students from other countries studying with you were left on their own at the mercy of God. Their governments did not take any cognizance of bringing them back," he said.

Mr Adityanath said, "Because of Prime Minister Narendra Modi's good relations with Romania, Hungary and Poland, no problem has arisen anywhere. The facilities which the citizens of India were getting at the borders of these countries, people from other nations were not getting them," the Chief Minister said.

The chief minister said as soon as Russia attacked Ukraine, PM Modi held a meeting to bring back its citizens safely to India.

"The Uttar Pradesh government also collected information about all the people of the state studying in Ukraine by deploying nodal officers. PM Modi himself took interest and sent four Union ministers to bring them back to India. It expresses the sentiments of the government," he said.

Nothing can be said about how many days will the war last but the students who have returned from Ukraine should continue to prepare for their courses here, the chief minister said.