Mainak Sarkar, the UCLA shooter, graduated from IIT Kharagpur in 2000 in Aerospace Engineering.

Kharagpur: As the identity of the UCLA shooter started flashing on news networks and social media streams on Thursday night, the faculty and alumni of IIT Kharagpur were in for a shock.

Mainak Sarkar, 38, who had left two-people dead in the California university campus on Wednesday, was a student of the IIT and graduated in 2000 with a degree in Aerospace Engineering.

Professors who have been around before then however in the department don't seem to remember Mainak Sarkar.

Senior professors at the department told NDTV that given the number of students they interact with year after year, it's difficult to remember each and every one of them. "Some of them do keep in touch and we remember them. But after we heard the news on TV we discussed it, no one seemed to remember him," a professor said. 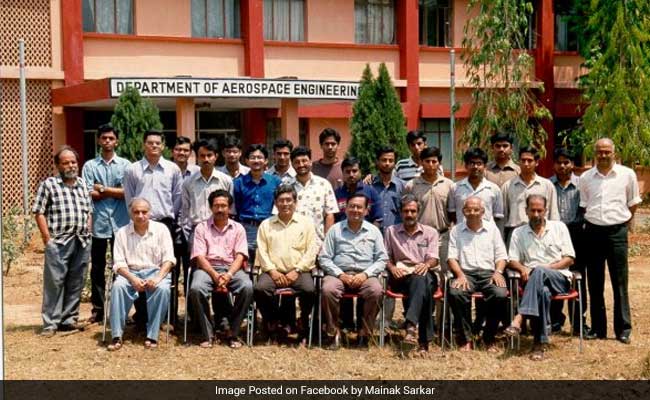 On Facebook, Mainak Sarkar identified himself as the fourth man from the right, in the second row.

"He passed out from the institute in 2000 when he obtained his B.Tech degree. It's a long journey from here to UCLA. No one will support what he has done but we need to find out what led him to take this extreme step," Research scholar Shankha Karmakar told NDTV.

"IIT prepares us to handle all kinds of stress. This is a sporadic incident. It can happen anywhere. There must be a way to deal with psychological disorders like these," added research scholar Saikat Bhattacharji.

"Everyone today is talking about IIT Kharagpur but it can happen anywhere. It's not something that can be generalised," Saikat added.
Comments
UCLA ShootingMainak SarkarUCLAIIT Kharagpur