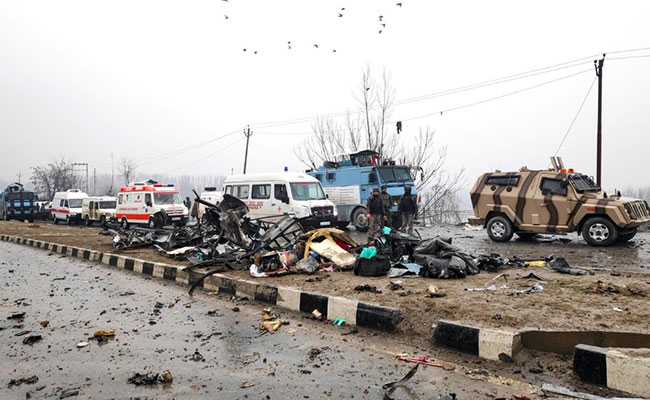 40 soldiers were killed in the Pulwama terror attack, which a Pak minister admitted to in Parliament

Prime Minister Narendra Modi today said the truth of last year's Pulwama terror attack, in which 40 CRPF personnel were killed, has been accepted in Pakistan's Parliament.

He also said that when the entire nation was mourning the death of brave soldiers in the Pulwama terror attack, some people indulged in "dirty politics" for their political gains.

PM Modi was speaking at Kevadiya in Gujarat after paying tributes to Sardar Vallabhbhai Patel at the Statue of Unity on his 145th birth anniversary.

"The country cannot forget the unwanted statements given after the Pulwama attack. Dirty politics laced with selfishness and arrogance was at its peak when the country was suffering from immense pain," PM Modi said.

"The real face of such people has been exposed after the truth was accepted in the Parliament of our neighbouring country," he added.

"Politics done after the Pulwama terror attack shows that people can cross any limit for their political gains. I want to urge such political parties not to indulge in this kind of politics as it affects the morale of our security forces," he said.

"You should refrain from playing into the hands of anti-national forces, knowingly or unknowingly," he added.