"Humne Hindustan ko ghus ke maara (We hit India in their home). Our success in Pulwama, is a success of the people under the leadership of Imran Khan," Fawad Chaudhry had said earlier. 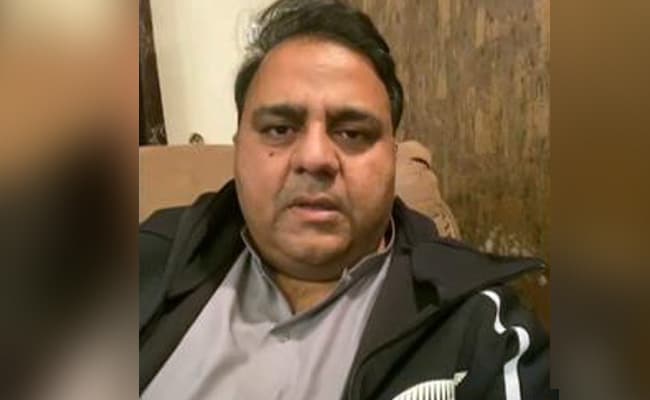 "My statement is very clear. It was about Operation Swift Resort that we undertook after India dared to enter into Pakistan territory on Balakot. I was talking about the post-Pulwama operation that Pakistan undertook," he said, trying to suggest "Pulwama" was a broad term used for the face-off.

Earlier in the day, he had set off a major controversy by suggesting that Pakistan was responsible for the terrorist attack in Jammu and Kashmir's Pulwama last year in which 40 Indian paramilitary troopers were killed.

"Humne Hindustan ko ghus ke maara (We hit India in their home). Our success in Pulwama, is a success of the people under the leadership of Imran Khan. You and we are all part of that success," minister Fawad Chaudhury said in the national assembly.

As the statement sparked an uproar in the assembly, he appeared to change tack, rephrasing his line as: "Pulwama ke waqiyeh ke baad, jab humne India ko ghus ke maara (When we hit India in their home after the incident at Pulwama)".

Later in a tweet, he said, he was referring to "when our planes target combat installations". "We do not show bravery by killing innocents n we condemn terrorism," he added.

India had responded to the February 14 suicide attack on a convoy of the Central Reserve Police Force (CRPF) in Pulwama with air strikes on a terrorist camp in Pakistan's Balakot. Pakistan retaliated by sending fighter jets to target Indian military installations.

The strike was blocked by the Indian Air Force but an Indian plane went down across the Line of Control and its pilot Wing Commander Abhinandan Varthaman was captured by Pakistani forces. He was released two days later.

According to the opposition leader, Mr Qureshi told a visibly flustered General Bajwa unless he released Wing Commander Varthaman, India would attack Pakistan "that night by 9 pm."

"I remember Shah Mahmood Qureshi was in the meeting in which (Prime Minister) Imran Khan had refused to attend and Chief of Army Staff General Bajwa came into the room, his legs were shaking and he was perspiring. Foreign Minister said for God's sake let Abhinandan go, India's about to attack Pakistan at 9 pm," Mr Sadiq had said.

The comment, part of an attack on the Imran Khan government by the opposition Pakistan Muslim League-Nawaz party, has triggered a storm in Islamabad, prompting a defensive response from the ruling Pakistan Tehreek-e-Insaf party.