Tripura's Road Link To Rest Of India, A National Highway, Looks Like This

The National Highway has turned into slush at many places on the Assam-Tripura border due to heavy rain.

Agartala: For over a week, more than 1,000 trucks have been stranded on the Assam-Tripura border. Many of them, like 37-year-old Vikram Das's truck, are carrying essential supplies like food, medicines and fuel into the landlocked state. But it's not an agitation that holding these trucks up; it's just rain.

Heavy rains have lashed both Assam's Barak Valley region and Tripura for the last 10 days. This has meant Tripura's only road connection to the rest of the country, National Highway 44 (renamed National Highway 8 under the new system), has turned into slush at many places. 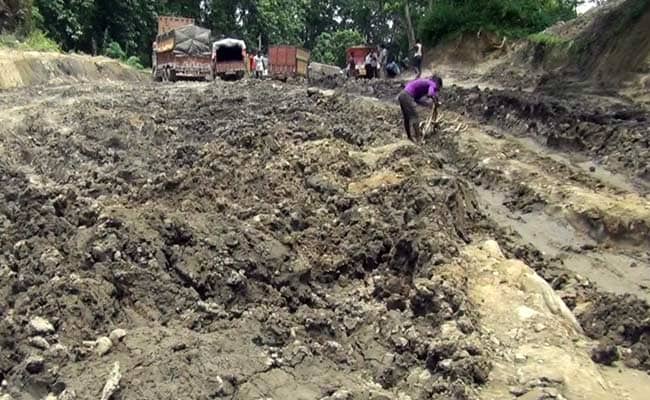 Locals complain the efforts to fix the road has been inadequate.

One of those places is right at the border of both states, where Vikram's truck has been stuck. "I have been here for a week. I have no money left. God knows when this will be cleared," he said.

On parts of the highway, the efforts to clear the road seem inadequate, locals complain. On one stretch for instance, a single earthmover machine, and some enterprising truck drivers, are helping those who can muster up the courage, to wade through the slush and move ahead. 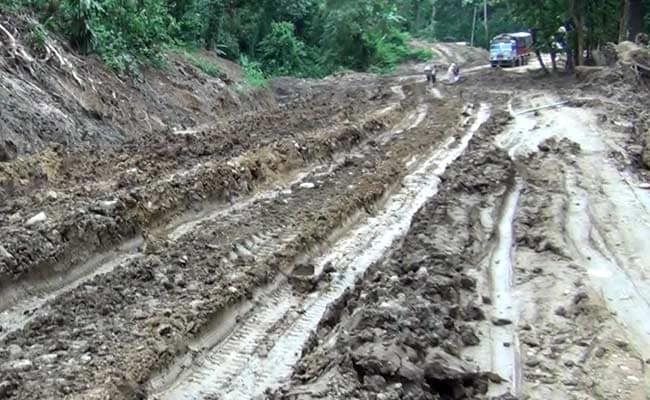 The highway has remained unnavigable for at least a week.

All of this means, that Tripura, especially capital Agartala, is facing an acute shortage of fuel, and prices of most other essentials have shot up.

Tripura is fully dependent on this highway for supply of essentials, food grain, fertilisers, petroleum products, construction materials and other commodities from different states of India.

"Tripura is crying for restoration of its only National Highway and has taken all-out efforts to convince both Central and Assam government about the dangerous situation of the highway but both governments have remained indifferent," Tripura Transport Minister Manik Dey said on Saturday. 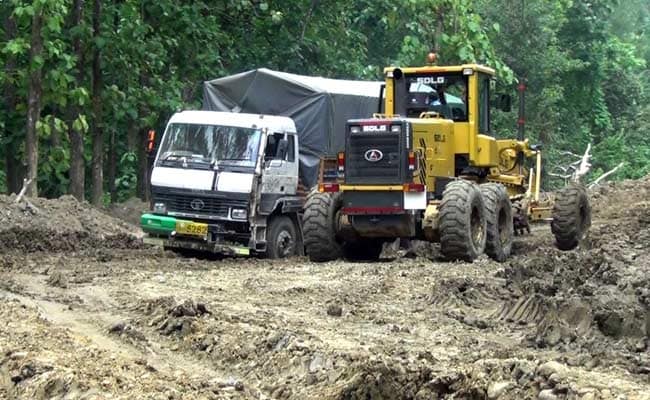 A single earth mover was seen trying to clear the slush on one stretch.

An official of the food and civil supplies department said that almost all the 60 petrol pumps are running dry for the past one week causing unprecedented problems to the people.

The situation has worsened as train services between Tripura, Mizoram, Manipur, southern Assam and rest of India remain cancelled for more than 45 days now, due to damaged railway tracks in the mountainous Dima Hasao district of Assam due to rains and landslides.

The BJP's Tripura state President Biplab Deb held a meeting with the Assam Chief Minister Sarbananda Sonowal and Assam's Roads and Highways Minister Parimal Shuklabaidya a few days ago, and says he has been assured of all steps to restore road traffic in the region at the earliest.