Abhishek Banerjee said he will not stop till the Trinamool symbol blooms in every nook and corner of the country. 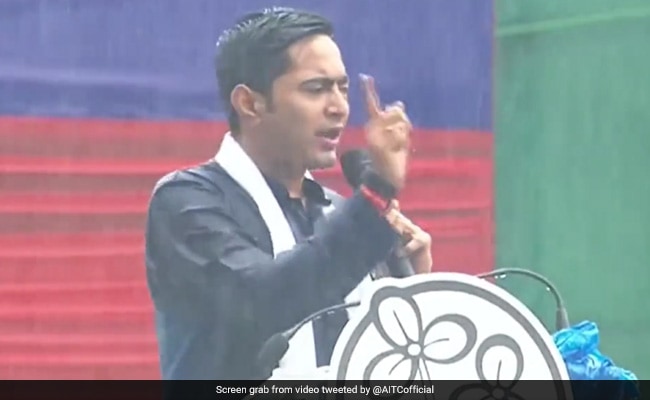 Abhishek Banerjee warned a section of Trinamool workers against indulging in corruption.

Senior Trinamool Congress leader Abhishek Banerjee on Thursday asserted that the party will continue with its expansion plans outside West Bengal and will win seats outside the state in 2024 Lok Sabha elections.

The Trinamool national general secretary, while addressing the party's Martyrs' Day rally in Kolkata, said tickets for next year's panchayat polls will be distributed "based on merit and not recommendations".

He warned a section of Trinamool workers against indulging in corruption and said no one is above party discipline.

"I was made the party national general secretary a year back and tasked with expanding the party outside West Bengal. I will not stop till our party symbol blooms in every nook and corner of the country. We will win seats outside the state in the next Lok Sabha polls," he added.

Trinamool observes Martyrs' Day on July 21 every year to commemorate the killing of 13 people in police firing on a Youth Congress rally against the then Left Front government in 1993 when Chief Minister Mamata Banerjee was the YC state president.

She continues to observe the day even after forming the Trinamool Congress in 1998 and coming to power in West Bengal in 2011.