The Cessna-152 touched down as vehicles ran on the highway, one of the most modern in the country. 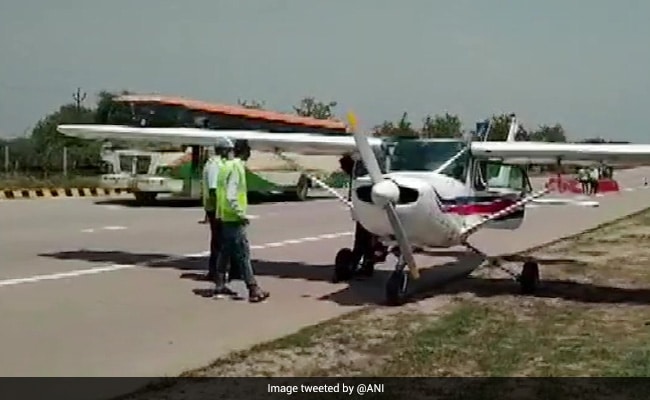 The aircraft landed on the Yamuna Expressway in the afternoon

A two-seater training aircraft made an emergency landing today on the Yamuna Expressway near Mathura after developing a snag, the police said.

Both the trainee pilot and the instructor are safe after making the emergency landing on the expressway in the afternoon, the officials said.

The Aligarh-bound Cessna-152 touched down as vehicles ran on the highway, one of the most modern in the country.

The small plane was returning from Narnaul in Haryana, an official said.

"The pilots of the two-seater aircraft made an emergency landing near the 72nd milestone of the Yamuna Expressway, which falls under Naujhil police station area of Mathura, after it developed a snag around 1.15 pm," Superintendent of Police (Rural) Shrish Chandra said.

He said the aircraft belongs to a private flying academy in Aligarh.

A crowd gathered on the expressway to watch the unusual sight and the local police were deployed, the official said.

The incident also led to a brief disruption of traffic on one side of the expressway, the police said.

A maintenance team from the flying academy reached the site to fix the snag as the plane remained parked along the expressway.

In previous years, military jets have landed on designated stretches of the Yamuna Expressway as part of Indian Air Force trials for situations when airports cannot be used.