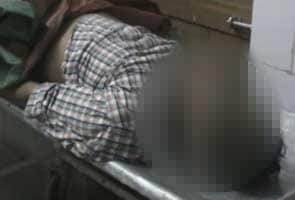 Behrampore: Police high-handedness turned tragic in West Bengal once again when a 45-year-old man, on a pilgrimage with his wife, died after he was allegedly beaten up by a jawan of the Railway Police Force or RPF at the Behrampore railway station this morning.

The jawan, Paritosh Ghosh, has been arrested.

The couple, Dilip and Roma Ghosh from Bongaon in North 24 Parganas district, had reportedly stayed overnight at the station's waiting room to board a morning train to Tarapith, a small temple town in Birbhum district.

This morning, the RPF jawan reportedly began to question them, suggesting they were not married to each other. The couple reportedly showed him identity papers, but the jawan continued to harass them and the argument turned into a scuffle.

Promoted
Listen to the latest songs, only on JioSaavn.com
Other passengers in the waiting room said the considerably younger jawan hit Mr Ghosh on the chest and he collapsed. He was rushed to hospital, but died on the way.