The snowfall since Friday made travelling to these tourist spots impossible as road connectivity was severely disrupted, a police officer at Sherathang check post said. 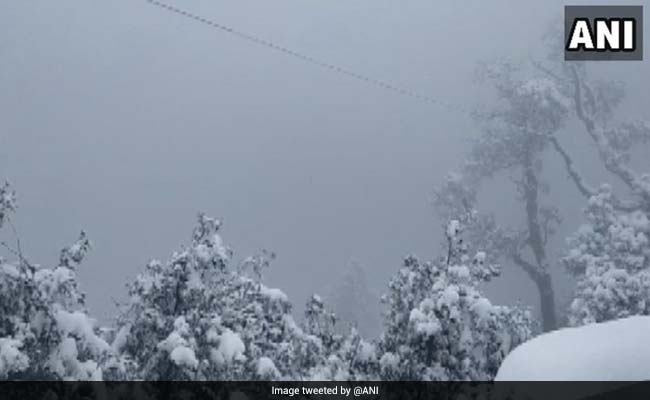 Road connectivity has been severely disrupted in Nathu La.

Heavy snowfall in Nathu La and nearby areas has prompted the tourism department to stop issuing permit to the tourist vehicles travelling to Changu Lake and other destinations in the eastern Sikkim from Saturday, an official said.

The snowfall since Friday made travelling to these tourist spots nearly impossible as road connectivity was severely disrupted, a police officer at Sherathang check post said.

In view of hazardous road condition, the tourism department has stopped giving permits to tourists' vehicles from this morning to run on the 52-km long road connecting the state capital with Nathu La, the official said.

The works to clear snow and restore the connectivity is underway, the official said.

"No permits will be issued to Tsomgo (Changu) Lake and Baba Mandir till the road is reopened," he said. Around 500 vehicles ply on the road carrying nearly 2,500 tourists everyday for visiting the scenic places.