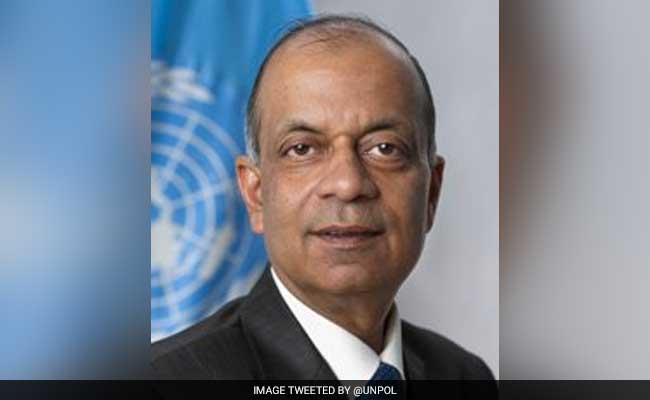 United Nations: New UN chief Antonio Guterres has set up a task force, which includes a senior Indian diplomat, to develop a "game-changing" strategy aimed at preventing and responding to sexual exploitation and abuse by UN peacekeepers.

Mr Khare is currently Under Secretary-General, Department of Field Support.

UN Secretary-General Guterres has asked Jane Holl Lute, Special Coordinator for improving the organisation's response to sexual exploitation and abuse, to convene the high-level task force to develop "a clear, game-changing strategy" to achieve visible and measurable further improvement in the UN's approach to preventing and responding to sexual exploitation and abuse.

Members of the high-level task force, all of whom hold official positions within the UN system, will use the upcoming Report of the Secretary-General on Special Measures for Protection from Sexual Exploitation to present elements of the strategy.

Guterres has said that he wants the strategy developed "as a matter of urgency" and that member states and relevant organisations across the UN system are to be widely consulted.

The UN chief's spokesperson Stephane Dujarric said yesterday that the team will "report fairly quickly on how we can move forward in new ways, in ways that are more bold that may break some china, but I think we'll move forward".

He stressed the need for sustained and constant engagement among member states, political leaders as well as militaries at the highest level.

According to the UN Office of Internal Oversight Services, 79 cases of allegations of sexual abuse and exploitation were reported until October, 2016.

In 2015, 69 allegations were recorded against peacekeepers but no Indian personnel was accused of any wrongdoing.

Last year, Mr Khare had said that he was "ashamed" to call himself a peacekeeper when he hears of cases of sexual abuse by peacekeepers.

Promoted
Listen to the latest songs, only on JioSaavn.com
Former Secretary General Ban Ki-moon had said that the UN and he personally were "profoundly committed" to a "zero-tolerance policy" against sexual exploitation or abuse by UN personnel.

"This means zero complacency. When we receive credible allegations, we ensure that they are looked into fully. It means zero impunity," he had said.