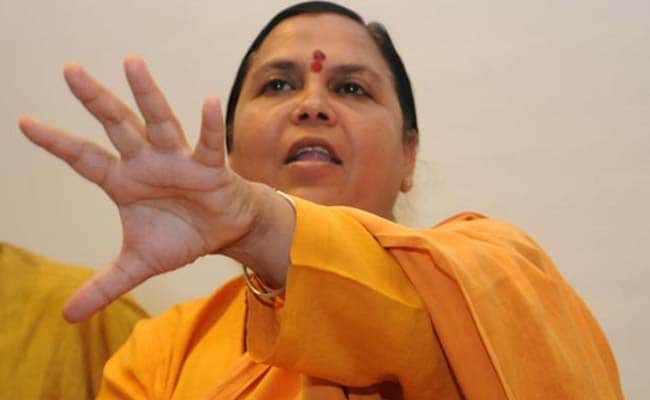 Pune: Taking on the politicians who cast "doubt" on the Army's surgical strike across the Line of Control (LoC), Union Minister Uma Bharti today said such leaders should take "citizenship" of Pakistan.

"Those leaders who say that if Pakistan is demanding evidences about surgical strike, they should be given the evidences, such people should take the citizenship of Pakistan," Ms Bharti said.

The Congress had on Sunday asked the government to put forth "credible" evidence of last week's surgical strikes, carried out by the Army across the LoC, to "expose" Pakistan which has denied any such action.

Congress senior spokesman Anand Sharma had also sought to dismiss the claim that the surgical strikes on terrorist launch pads was the first such retaliation by the Indian Army, insisting that it had responded earlier too "as per the need or provocation".

Mumbai Congress chief Sanjay Nirupam today raised doubt over the veracity of the Army's surgical strikes suggesting it was "fake", even as he accused BJP of indulging in politics over national interest.

Promoted
Listen to the latest songs, only on JioSaavn.com
"Every Indian wants surgical strikes against Pakistan but not a fake one to extract just political benefit by BJP. politics over national interest(sic)," Mr Nirupam tweeted.

He also said it is upto the government to prove that the surgical strikes did take place.