He also accused the BJP of adopting double standards, saying complaints are made when children come to the Bharat Jodo Yatra but no action is taken when the prime minister allegedly "uses" children for election campaigning in Gujarat. 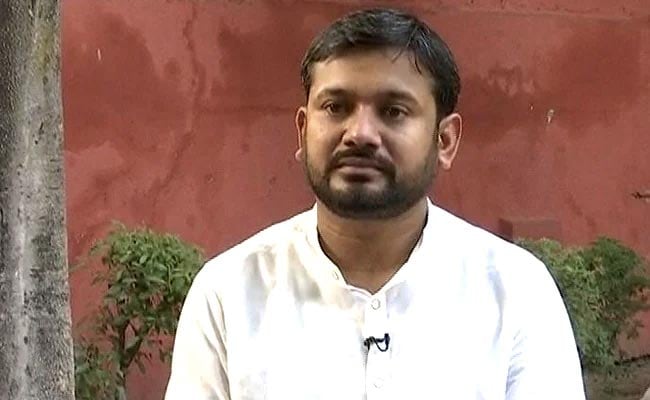 He also accused the BJP of adopting double standards.

Congress leader Kanhaiya Kumar today claimed that the day was not far when those shouting 'Modi, Modi' will raise slogans of 'mehangai, mehangai' (price rise) as the real issues of employment, food and water are being put on the back-burner by the government.

He also accused the BJP of adopting double standards, saying complaints are made when children come to the Bharat Jodo Yatra but no action is taken when the prime minister allegedly "uses" children for election campaigning in Gujarat.

Referring to a video showing a youth shouting 'Modi, Modi' from a rooftop, he said the day is not far when people will shout 'mehangai-mehangai'. I believe that day will come". He was speaking to reporters at a press conference after the morning break of the yatra in Jhalawar.

On the BJP's campaign for Gujarat elections, the Congress leader asked why the party had to call chief ministers of other states for campaigning when the party claims that it has done development works over the years.

"Why did they not seek vote in the name of development if they have done it. More than 50 sitting MLAs were denied tickets which shows they did not do work," he said.

He charged that those who hold responsibility to maintain law and order were using the language of threat and violence from the stage which was painful.

Democratic institutions have been made lame which is an alarming situation, he alleged Kumar said to undermine the Bharat Jodo Yatra, BJP leaders make issues out of non-issues like shoelace, T-shirt etc. He was referring to the BJP's suggestion that a T-shirt Gandhi wore during the Yatra cost more than Rs 41,000.

"Raising questions on the basis of exit polls is not fair. We know how, why and under whose influence such exit polls are conducted," he said.

He also said that the yatra faced problems in states like Madhya Pradesh and Maharashtra where the roads were bad and altercation between the media was common but in Rajasthan, things and roads on which the yatris are walking are very good.