Vikram Chauhan was garlanded like a hero by fellow lawyers in Delhi's Karkardooma Court today.

New Delhi: On social media, a group of Delhi lawyers who thrashed reporters and students at teachers not once but twice this week, as well as the JNU student leader accused of sedition, are congratulating each other on what they describe as "a job well done", celebrating "what the government and army couldn't do, we have done".

Kanhiya Kumar, arrested from JNU or Jawaharlal Nehru University, was among those assaulted yesterday as he was being taken into court.

The lawyers have been filmed and photographed unleashing violence on both Monday and Wednesday, but the Delhi Police, which did not intervene on either day to control the violence, has mentioned "unknown persons" in its case. 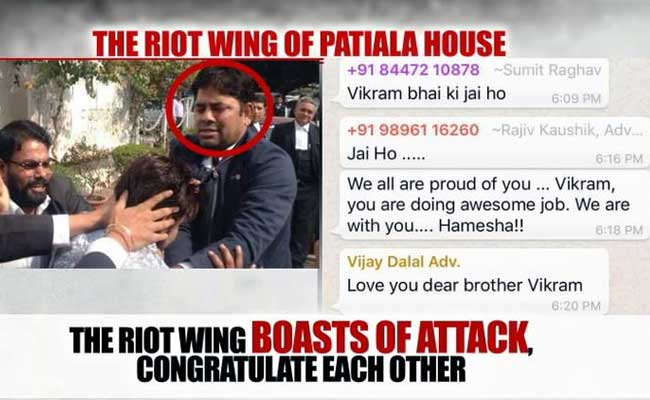 Vikram Chauhan (circled) was seen at the scene of violence once again yesterday after assaulting journalists on Monday.

The lawyer who swaggeringly led the attacks, Vikram Chauhan, posted on Facebook, just hours after the shameful second day of assaults: "Mere Sher Bhai, muh tod jawab dete rahenge" (My brothers, you are all lions, we will keep giving them fitting replies).

Mr Chauhan has been photographed with a slew of senior BJP leaders including Home Minister Rajnath Singh. Yesterday, in defiance of the Supreme Court, which had banned protests at Mr Kumar's hearing, he waved the national flag as his colleagues and he shouted what they describe as patriotic slogans. 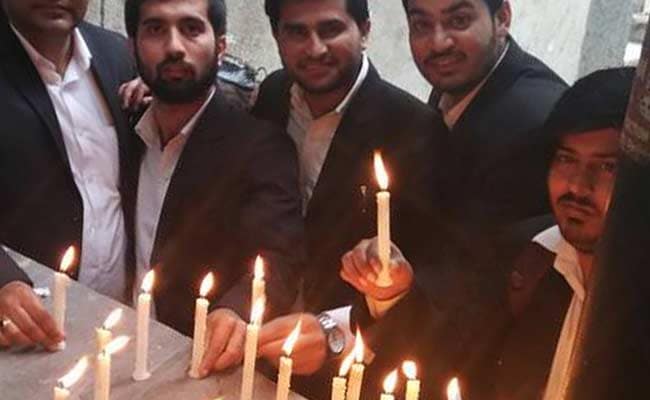 On groups on WhatsApp and Facebook, the lawyers are markedly euphoric. And as the Bar Council of India apologised for the lawyers' violence, NDTV has accessed photographs of the ring-leader, Mr Chauhan, being garlanded like a hero at another Delhi court today.

As the mob of lawyers went berserk yesterday, the Supreme Court rushed over five top lawyers including Rajeev Dhawan to investigate. Mr Dhawan told NDTV, "The attacks by these hooligans is what is really anti-national. They may have LLB degrees but they are disgusting and hooligans." He said Police Chief BS Bassi is "anti-national" for allowing "immunity" to the attackers.