New Delhi: For the second time this week, a court hearing for arrested JNU student Kanhaiya Kumar descended into chaos delivered by brazen lawyers. On Monday, it was reporters and Mr Kumar's supporters who were attacked. The 28-year-old student, accused of sedition, was among those assaulted at the Patiala House court on Wednesday.

Once again, the police failed to intervene or control the chaos. "The situation is not out of hand," claimed Delhi Police Chief BS Bassi, despite the televised violence that provoked the Supreme Court to rush across six senior lawyers including Kapil Sibal for a ground assessment. 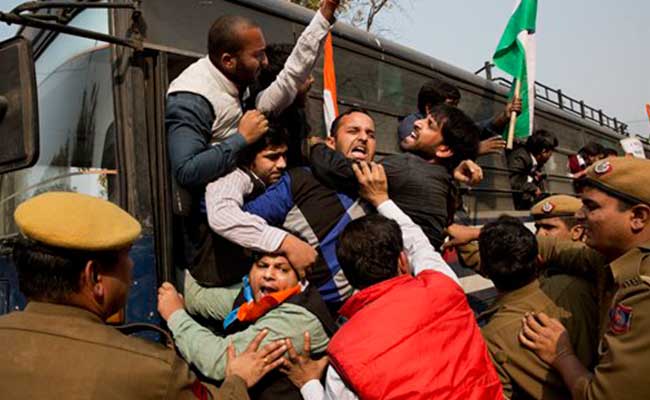 National Students Union of India members are detained by police during a protest. (AP photo)

Mr Kumar, head of the student union at Delhi's Jawaharlal Nehru University or JNU, was kicked and punched as he was brought into court by police who protected him with a riot shield. Some lawyers then bragged to the police, "We have done our bit for the day. We slapped him." While he was waiting inside for his hearing to begin, the 28-year-old student was struck by a man who was reportedly allowed to walk away. 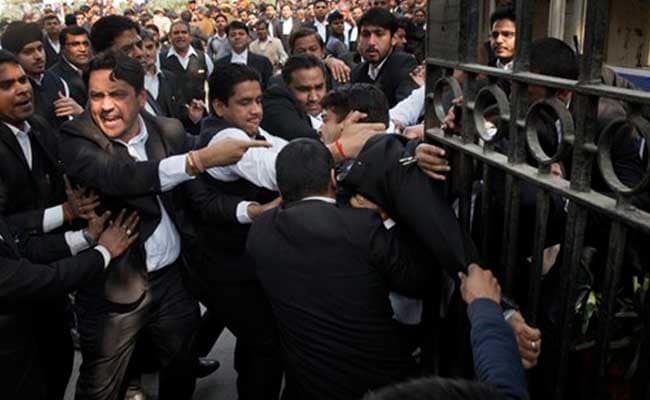 The court ruled that Mr Kumar, who was arrested on Friday, will spend another 14 days in Tihar Jail, whose officials were told to ensure his safety.

Mr Kumar has been arrested on charges of sedition for making anti-India remarks at a JNU event last week, a charge he denies. 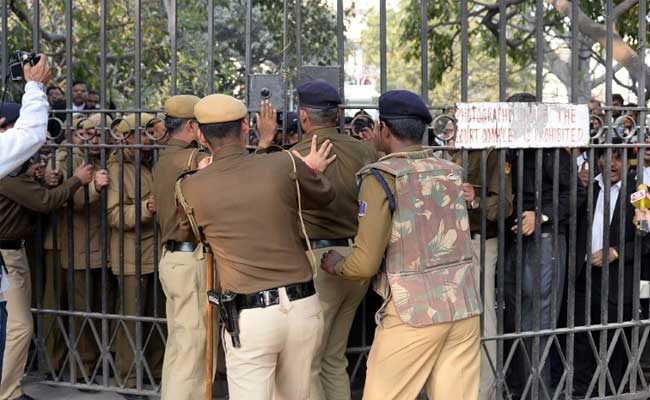 The arrest of Mr Kumar has turned into a national controversy, with the opposition and large sections of the JNU students and faculty accusing the government of crushing dissent.

As a precaution on Wednesday morning, the Supreme Court ordered strictly limited access to the lower court. However, defiant lawyers barged into the compound before Mr Kumar arrived; rival groups clashed as they shouted competing slogans in favour of and against JNU. A journalist from Firstpost was injured.