The Kapil Sharma Show: Chandan Prabhakar Makes A Comeback To The Show 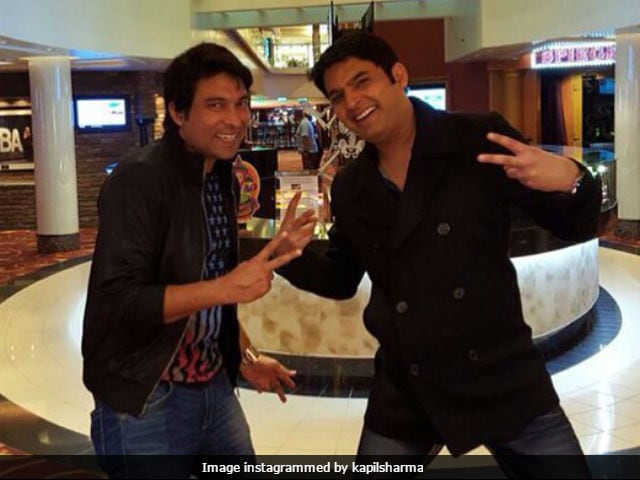 New Delhi: Finally, there is some good news for The Kapil Sharma Show fans who were eagerly waiting for former team members Sunil Grover, Ali Asgar and Chandan Prabhakar to return to the show after the infamous mid-air fight between Kapil Sharma and Sunil Grover. Comedian Chandan Prabhakar has started shooting for the show again and he confirmed the news in a Facebook LIVE chat. Chandan Prabhakar, who played chaiwala Chandu on the show, said that he is excited to return to The Kapil Sharma Show. During the Facebook conversation, Chandan was asked on why he took so long to reconcile with his childhood friend Kapil Sharma. He responded by giving an example of a wet cloth and said: "Sometimes when a cloth gets wet it takes some time for it to dry." Chandan said that whatever transpired between him and Kapil Sharma took some time to settle.

In March this year, The Kapil Sharma Show suffered a huge setback after Kapil Sharma allegedly assaulted co-star Sunil Grover. It was reported that Kapil verbally abused and threw a shoe at Sunil Grover while they were travelling with their team from Australia to India. Sunil did not return to the show after the mid-air fight. After quitting The Kapil Sharma Show, Sunil Grover 'doesn't want to be part of any show permanently.' However, he will reportedly make a guest appearance in Krushna Abhishek's next comedy show.

Promoted
Listen to the latest songs, only on JioSaavn.com
"After his fight with Kapil Shama, Sunil Grover doesn't want to take on any show permanently. However, he will make guest appearances on Comedy Company playing different characters. He doesn't want to be bound to any one show or channel," DNA quoted a source as saying.