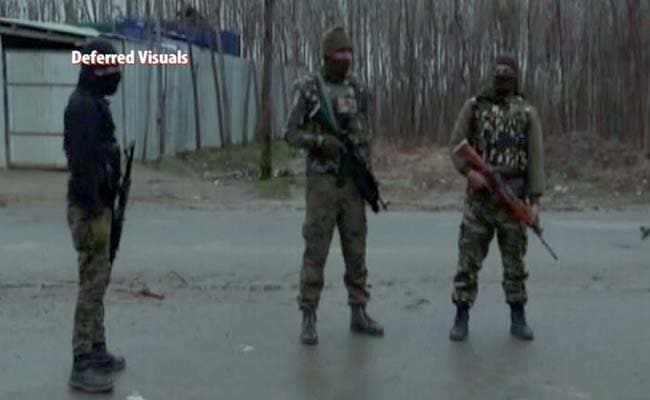 The Army is believed to have killed two terrorists in south Kashmir's Pulwama district today.

New Delhi: India's military operations commander spoke to his Pakistani counterpart on Thursday morning to convey concern over the movement of terrorists along the Line of Control in Jammu and Kashmir.

The two men were handed over to the Indian Army earlier this week by the National Investigation Agency (NIA), which handles terror cases. They were arrested in September last year soon after Pakistani terrorists attacked an Army base in Uri. Nineteen soldiers were martyred.

The NIA has said that the two young men were investigated for over five months, but no link was found with the Uri attack. Faisal Hussain Awan and Ahsan Khursheed had crossed the Line of Control after an altercation with parents over studies, officials have said.

Days after the Uri attack, the Indian Army had launched a surgical strike across the Line of Control targeting staging camps used by terrorists to launch attacks in India.

Infiltration attempts by Pakistan-based terrorists have continued in the months since. This morning, two terrorists are believed to have been killed in a gunbattle in south Kashmir's Pulwama district.

The DGMOs of the two countries speak to each other on a hotline to raise concerns. In November last year, Pakistan's DGMO had called up his Indian counterpart to complain about an attack on a civilian bus that he alleged was targeted by Indian security forces. India had firmly denied the allegation.
Comments
Indian ArmyPakistanLine of ControlPulwama