Telugu actress Vijayashanti will formally be inducted into the BJP in the presence of party chief JP Nadda. 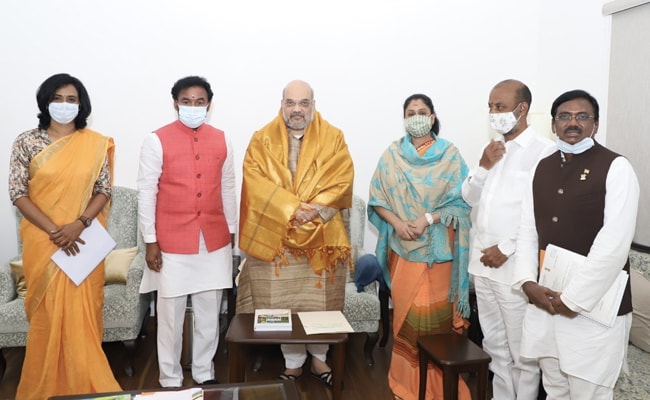 "Today under the leadership of G Kishan Reddy, Vijayashanti met Home Minister Amit Shah. She will formally be inducted into BJP in the presence of BJP chief JP Nadda. Vijayashanti worked a lot in Telangana but the state Chief Minister KC Rao sidelined everyone," Mr Venkatswamy said.

"BJP will definitely win in Telangana Assembly next time. Vijayashanti will be at the forefront for the development of the party in the state," he added.

Ms Vijayashanti began her political career with the BJP. However, she later joined the Telangana Rashtra Samithi (TRS) and then made an entry in Congress in 2014 before the formation of Telangana.

The BJP made major gains in the Greater Hyderabad Municipal Corporation (GHMC) polls as it won 48 seats, seven less than the ruling TRS which emerged as the single largest party winning 55 seats.

The strong performance by the BJP came on the heels of its victory last month in the Dubbaka assembly seat. The party had wrested the seat from the ruling TRS.