All four men accused in the gang-rape and murder of a young veterinarian in Telangana were killed while trying to flee from police custody, police have said. 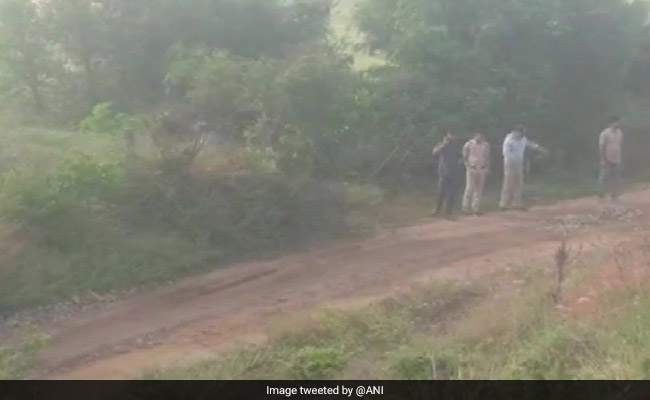 All four men accused have been killed, police said.

All four men accused in the gang-rape and murder of a young veterinarian in Telangana were killed while trying to flee from police custody, police have said. "The accused were killed in a Police encounter at Chatanpally, Shadnagar today in the wee hours, between 3 am and 6 am. I have reached the spot and further details will be revealed," VC Sajjanar, Cyberabad Police Commissioner, was quoted as saying by news agency ANI.

The young woman's rape and murder had triggered shock and horror across the nation after her body, badly burnt, was found last week near Hyderabad.

Here are the updates from developments taking place in Hyderabad:

Dec 06, 2019 15:41 (IST)
Telagana Police Addresses Media
VC Sajjanar, Cyberabad Police Commissioner, addressed media over the killing of four rape and murder accused in Hyderabad. Mr Sajjanar said that the four accused tried to flee and attacked the police officials.
All the accused were presented in front of Judicial Megistrate on 4th December, Mr Sajjanar told media. The police official further said that the accused were in the custody for two days - 4th December and 5th December. The four men were brought to the crime scene for further investigation.
However, one of the accused attacked the police and tried to flee. The same was followed by others, he said.
Mr Sajjanar added that two of the police officials were also injured, with one receiving greivious injuries on his head.
He further asked media to respect the privacy of the victim's family and avoid naming her. The police official said that none of the accused were below 20 years of age.
Dec 06, 2019 14:22 (IST)
Human Rights Commission Takes Suo-Moto Cognizance
Dec 06, 2019 14:17 (IST)
Ramdev supports police action
Baba Ramdev has hailed Telangana Police. "What police has done is very courageous and I must say that justice has been delivered. Legal questions over it are a different matter, but I am sure people of the country are at peace now," he said while speaking to ANI.
Dec 06, 2019 14:13 (IST)
Police action ''unacceptable'': Social activist
Social activist Brinda Adige condemned the encounter. She said that the police action is ''unacceptable'' and democracy doesn't function in this way. "Action by the Hyderabad police is not acceptable. This is not how democracy functions," Ms Adige said while speaking to ANI.
Dec 06, 2019 14:08 (IST)
"Such encounters should be made legal: BJP's Locket Chatterjee
BJP lawmaker Locket Chatterjee praised Telangana Police. "This is a very good step taken for our country, I felt really good when I read this news in the morning. The soul of the rape victim must be at peace now. Her family must be at peace. Such encounters should be made legal," Ms Chatterjee told ANI.
Dec 06, 2019 14:06 (IST)
Thok Diya, Theek Kia: Babita Phogat Praises Telangana police
Babita Phogat congratulated the police saying that it will make every woman in the country really proud. "What happened this morning, has made me really happy. Hyderabad police killed all four accused in the rape and murder of a young veterinarian in an encounter. I would like to thank and congratulate the police for what they did today. I would just like to say that whatever they did today, makes every woman in the country really proud," Ms Babita told ANI.
Dec 06, 2019 11:43 (IST)
''We salute you'': Saina Nehwal
Shuttler Saina Nehwal praised Hyderabad police for killing all four accused in the rape and murder of a veterinarian in Telangana. "Great work Hyderabad Police ..we salute u," Ms Nehwal tweeted.
Dec 06, 2019 11:41 (IST)
We should not rush to condemn until details emerge: Shashi Tharoor
Congress lawmaker Shashi Tharoor said that people should not rush to condemn until the details emerge. "Agree in principle. We need to know more, for instance if the criminals were armed, the police may have been justified in opening fire preemptively. Until details emerge we should not rush to condemn. But extra-judicial killings are otherwise unacceptable in a society of laws," Mr Tharoor tweeted.
Dec 06, 2019 10:51 (IST)
''Jai Telangana Police'': Uma Bharti praises police action
Senior BJP leader Uma Bharti hailed the Telangana police after personnel of the force killed the four accused in Telangana rape-murder case in an encounter. "This is the biggest incident in the 19th year of this century that will guarantee women''s safety," Uma Bharti tweeted in Hindi.
Dec 06, 2019 10:27 (IST)
Locals shower rose petals on cops
Locals had showered rose petals on police personnel at the spot where accused in the rape and murder of the woman veterinarian were killed in an encounter earlier today. 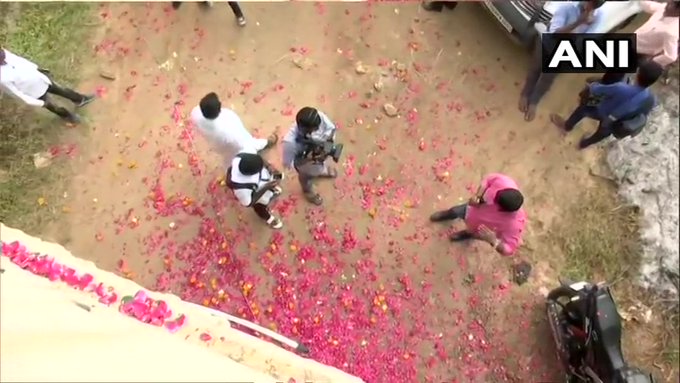 Dec 06, 2019 10:22 (IST)
We can't act outside the Constitution: Tehseen Poonawalla
"In any reconstruction of events , police video record the reconstruction! Will the evidence and video be given to the Courts ? Once we legitimize an encounter we demolish the entire justice system.  We can't act outside the Constitution."
Dec 06, 2019 10:16 (IST)
Rekha Sharma, National Commission of Women
"As a common citizen I am feeling happy that this was the end we all wanted for them. But this end was supposed to be through the legal system. It should have happened through proper channels."
Dec 06, 2019 09:31 (IST)
Nirbhaya's Mother Comments On Police Action
"I have been running from pillar to post for the last 7 years. I appeal to the justice system of this country and the government, that Nirbhaya's culprits must be hanged to death, at the earliest."
ANI
Dec 06, 2019 09:29 (IST)
Nirbhaya's Mother On Police Action
"I am extremely happy with this punishment. Police has done a great job and I demand that no action should be taken against the police personnel." 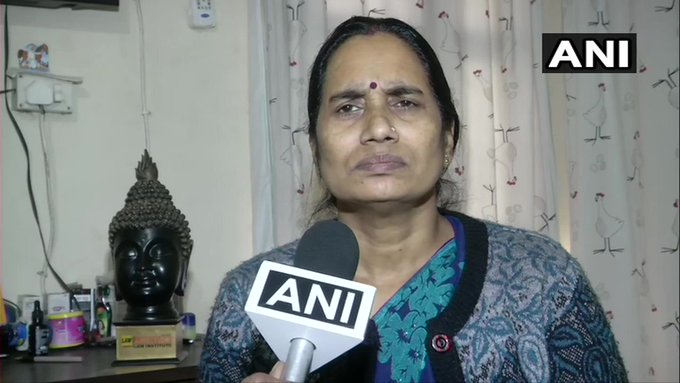 ANI Input
Dec 06, 2019 09:27 (IST)
"Bravo Telangana Police," Rishi Kapoor on police action
Actor Rishi Kapoor has tweeted in support of the police action. "Bravo Telangana Police. My congratulations!" Mr Kapoor Tweeted.
Dec 06, 2019 08:46 (IST)
"Express My Gratitude": Rape Victim's Father
"It has been 10 days to the day my daughter died. I express my gratitude towards the police and government for this. My daughter's soul must be at peace now."
ANI Input
Dec 06, 2019 08:41 (IST)
VC Sajjanar, Cyberabad Police Commissioner
"The accused were killed in a Police encounter at Chatanpally, Shadnagar today in the wee hours, between 3 am and 6 am. I have reached the spot and further details will be revealed."
ANI Input
Dec 06, 2019 08:32 (IST)
Lawyer and activist Vrinda Grover slam police action
Lawyer and activist Vrinda Grover has slammed police action in the case. "This is not the justice women had demanded," she said. "How can we confirm that these accused were the actual accused and those who committed the crime are not walking-free at large," she added.
Dec 06, 2019 08:20 (IST)
Police officials arrive at the site of the encounter
Hyderabad: Senior Police officials arrive at the site of the encounter. All four accused in the rape and murder of woman veterinarian in Telangana were killed in an encounter with the police when the accused tried to escape while being taken to the crime spot.
ANI Input 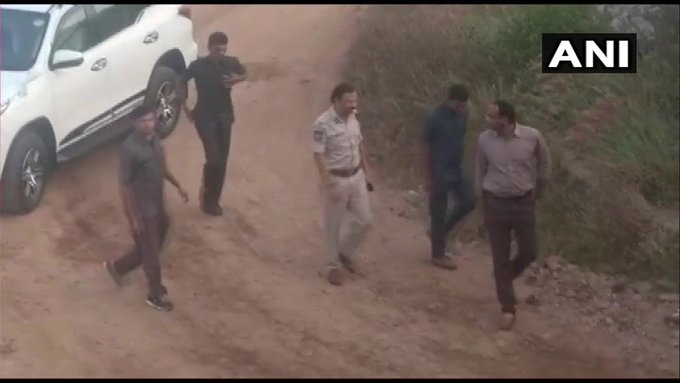