Lalu Yadav, serving a jail sentence in the Rs 950 crore fodder scam, is currently being treated for various ailments at the Rajendra Institute of Medical Science (RIMS) in Jharkhand capital Ranchi. 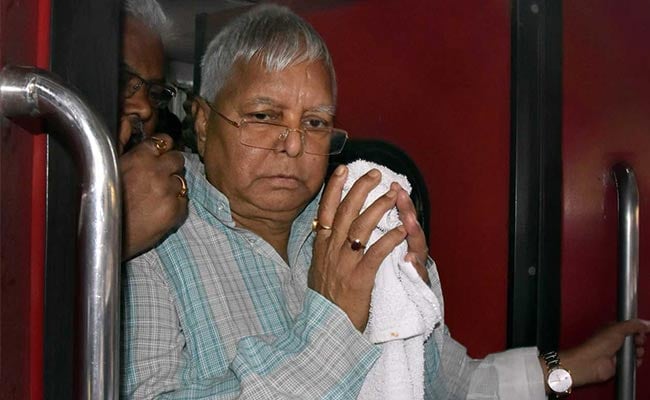 Lalu Yadav, serving a jail sentence in the Rs 950 crore fodder scam, is currently being treated for various ailments at the Rajendra Institute of Medical Science (RIMS) in Jharkhand capital Ranchi.

Tej Pratap had met Lalu Yadav a week ago and discussed the divorce with him. In the meeting that lasted over two hours, Lalu Yadav reportedly tried to dissuade Tej Pratap against divorcing his wife Aishwarya Rai.

"Tension and stress are not good for Lalu Yadav. He is nearly 70 years old and is being administered 14-15 types of medicines daily. Stress and inadequate sleep can badly hurt his health. He is suffering from various ailments such as sugar (diabetes), kidney-related and more. He is being given a heavy dose of insulin," DK Jha, Associate Professor of medicine at RIMS who is treating Lalu Yadav said.

Hospital sources said that insulin dose had been increased in the past three days due to his fluctuating sugar level.

"Lalu Yadav keeps awake till late night. He is sleeping less due to family problems which is not good for his health," said the doctor.

Lalu Yadav was out from jail on a provisional bail for treatment in May this year. He had to surrender on August 30 in a special CBI court of Ranchi on the orders of the Jharkhand High Court. On the same day, he was shifted to RIMS from the Birsa Munda Central Jail.

The Jharkhand High Court had on August 24 directed him to surrender by August 30. He was out on bail since May 11.

He was in Ranchi's Birsa Munda Central Jail after being convicted in December 2017 in the fodder scam case. He was convicted in two more cases in January and March and awarded 14 years of imprisonment.

In 2013, Lalu Yadav was convicted in the first fodder scam case and sentenced to jail for five years.