Tamil Nadu Chief Minister M K Stalin said that under the proposed law, many powers now with state governments would be taken over by the centre 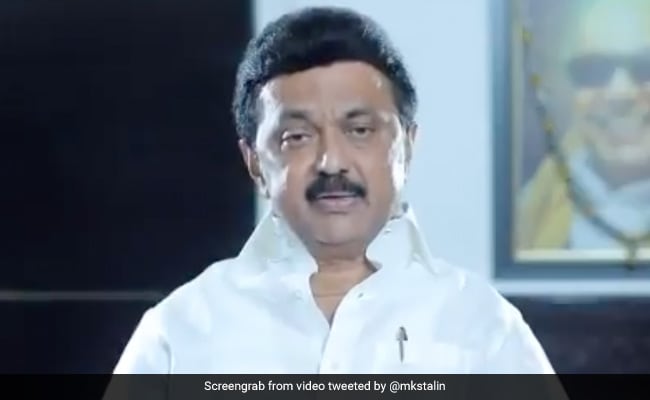 M K Stalin said Tamil Nadu has taken up the issue with Ministry for Ports and Shipping, File

The Tamil Nadu government has opposed the Draft Indian Ports Bill 2021, dealing with the management of minor ports, with Chief Minister M K Stalin writing to his counterparts in eight states, including West Bengal and Kerala, calling for their objection to the proposal.

The Ministry of Ports, Shipping and Waterways has framed the draft Bill to modify the current management mode of minor ports and a meeting of the Maritime State Development Council (MSDC) has been called with the state Ministers on June 24 to discuss it, he said.

The communication issued on June 21 was released today by the state government. According to the existing Indian Ports Act, 1908, the powers to plan, develop, regulate and control minor ports are with the state governments concerned but the latest draft "proposes to change this and transfer many of these powers to MSDC, which has so far been only an advisory body", he said.

"Further to this, many powers currently exercised by state governments would be taken over by the Union government," he said in his letter to the CMs of Gujarat, Goa, Maharashtra, Karnataka, Kerala, Andhra Pradesh, Odisha, West Bengal and the union territory of Puducherry. "You will agree that the present system has led to good development of minor ports, under the states. This move of the Central Government to bring a new Bill will have long term adverse implications on the management of minor ports, since the state governments will not have any major role anymore, if the Bill is passed," Mr Stalin said. Tamil Nadu has already taken up the issue with the Ministry for Ports and Shipping, strongly opposing such steps to reduce the autonomous role of states in regulation and management of minor ports, he said.

"Therefore, I propose that all the coastal states and union territories should express their objection to this new draft Indian Ports Bill 2021 and take joint action to prevent any move to dilute the powers already vested with the states."

"I also request that, all our state governments must communicate these comments on similar lines, opposing the above bill during the MSDC Meeting on June 24," he added.