"We need to properly support and reward that work, putting care at the centre of a sustainable and just economy," actor and UN women goodwill ambassador Anne Hathaway 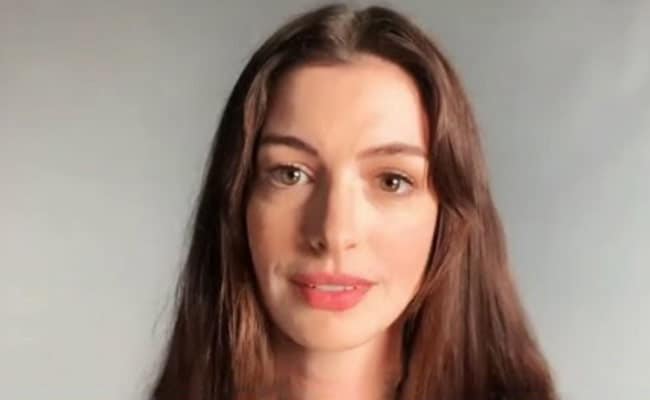 Actor and UN women goodwill ambassador Anne Hathaway on Thursday said the world has taken great strides in empowering women and girls across sectors and generations, but there are still some areas for improvement, such as in Afghanistan where "violent extremist misogyny" is rampant.

"We are at a global crossroads with evidence that this is both the most promising and most terrifying moment in recent memory. On one hand, the Generation Equality Forum in Paris, led to more than 1,000 commitments to action and $40 billion pledged to empower women and girls across sectors and across generations. On the other, the Taliban and Afghanistan are showing us violent extremist misogyny writ large, underlining just how quickly progress towards gender equality can be reversed," Ms Hathaway said at a session on gender during the ongoing UN General Assembly.

Ms Hathaway highlighted the devastating effects of the COVID-19 pandemic on women and their livelihood. "Across the world women lost their jobs and income to take on childcare and homeschooling. Traditional gendered household roles rapidly became preeminent," she said.

She said even before the pandemic, globally, women were doing three times as much unpaid care work as men and "women became the shock absorbers for the crisis" with 59 per cent reporting that they spent even more time on unpaid domestic work since the pandemic began.

Ms Hathaway said this scenario needed to change and while the world has now begun to recognise caregiving work as essential during crisis, it was important to back that recognition with policies and actions.

"We need to properly support and reward that work, putting care at the centre of a sustainable and just economy. One that can support everyone to flourish. We have a generational opportunity and an imperative to use the recovery to shape a better, more gender equal and sustainable world. One that may finally be immune to the reversal of progress," Ms Hathaway said.

"Our actions and decisions now determine that future. I know that today we're going to hear from thought leaders, business leaders and policy makers who can help take us there. We are counting on you," she said.

Ms Hathaway was appointed UN Women Goodwill Ambassador in June 2016. She has worked with several NGOs across the globe on women and children's rights. She also serves on the advisory board for Lollipop Theatre Network, an organisation that screens movies in hospitals for paediatric patients suffering from chronic or life-threatening illness.