The victim, Tabrez Ansari, was thrashed by a mob in Jharkhand's Saraikela Kharsawan district last Tuesday for alleged theft. 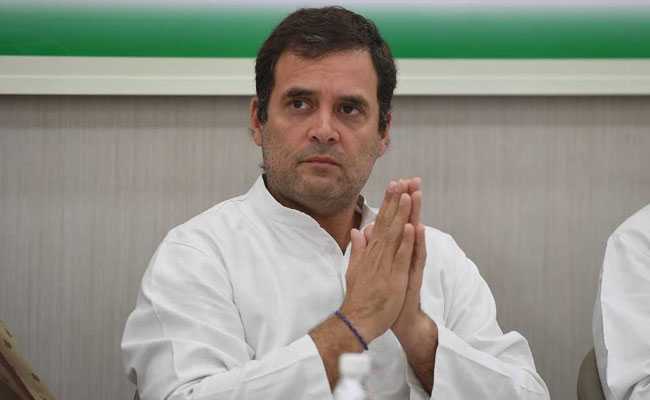 Brutal lynching of this young man by a mob in Jharkhand is a blot on humanity, Rahul Gandhi tweeted

Congress chief Rahul Gandhi on Tuesday called the death of a 24-year-old by the hands of a mob in Jharkhand last week "a blot on humanity" and said he was shocked by the "silence of the powerful voices in the BJP-ruled central and state governments".

"The brutal lynching of this young man by a mob in Jharkhand is a blot on humanity. The cruelty of the police who held this dying boy in custody for 4 days is shocking as is the silence of powerful voices in the BJP ruled Central & State Govts. (sic)" Mr Gandhi tweeted this evening. Jharkhand is a BJP-ruled state.

The victim, Tabrez Ansari, was thrashed by a mob in Jharkhand's Saraikela Kharsawan district last Tuesday for alleged theft. A video that had emerged after the thrashing showed he was forced to chant "Jai Shri Ram" and "Jai Hanuman".

The Jharkhand police are now focusing on the role of their colleagues and a doctor involved in the case. A Special Investigation Team has been formed and two police officers have been suspended for lapses. There is also indication of an attempted cover-up, as the dying declaration of Tabrez Ansari has been tweaked to remove all references to the beating, reports said.

Eleven men were arrested in the case on Monday. The police say they were part the mob that tied Tabrez Ansari to a tree and thrashed him.

Shahista Parveen, Tabrez Ansari's wife, said: "He was mercilessly beaten as he was Muslim. I don't have anybody, no in-laws. My husband was my only support. I want justice".

The death caused ripples in parliament on Monday, with senior Congress leader Ghulam Nabi Azad saying that they did not want a New India. "Please give us back the Old India.. There was no violence, no lynching... Give us that India where all religions are equal," he said amid applause from opposition members.