Sushma Swaraj is due to meet Wang Yi on Sunday 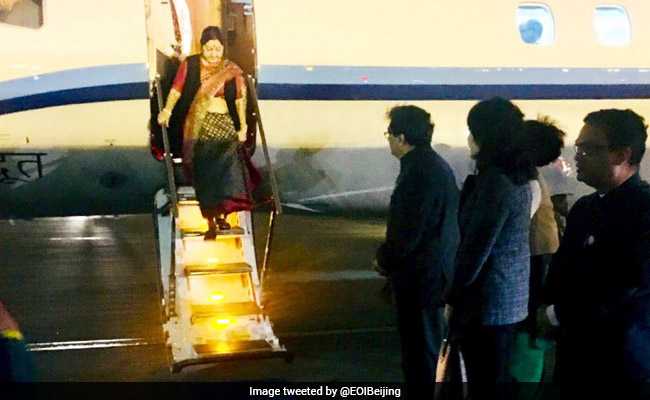 Sushma Swaraj will be in China for four days

Beijing: External Affairs Minister Sushma Swaraj arrived in Beijing on Saturday on a four-day visit during which she will hold talks with her Chinese counterpart Wang Yi and take part in the foreign ministers' meeting of the Shanghai Cooperation Organisation (SCO).

Sushma Swaraj is due to meet Wang Yi on Sunday.

This is their first meeting after Wang Yi was elevated as state councillor last month which makes him the top diplomat of the country in the Chinese hierarchy. He also continues to be foreign minister.

Their meeting is part of efforts by the two countries to step up the pace of high-level interactions to improve relations, official sources in Beijing told PTI.

Following the Doklam standoff last year both countries increased dialogue to scale down tensions and improve relations with talks at various levels.

Sushma Swaraj and Wang Yi are meeting in the immediate backdrop of the recent meeting between National Security Advisor Ajit Doval and top official of the ruling Communist Party of China (CPC) Yang Jiechi in Shanghai.

Besides meetings between officials from the two foreign ministries, both sides also held working mechanism meetings on border affairs and cross border rivers as well disarmament and non-proliferation dialogue in which India's entry into NSG was discussed.

Ms Swaraj will take part in the foreign ministers' meeting of the eight-member SCO on April 24. She along with other foreign ministers of the group would call on Chinese President Xi Jinping on April 23, and will leave for Mongolia the next day. 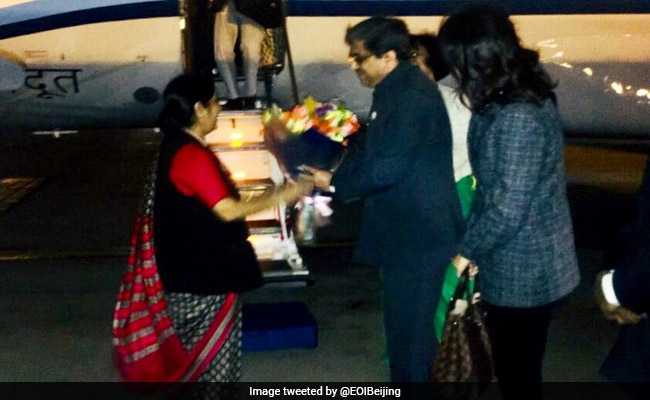 Sushma Swaraj is greeted at the airport in Beijing

This is the first meeting of the group after India and Pakistan were admitted into the SCO last year.

The SCO, in which China and Russia play an influential role, specialises in regional security and counter terrorism and related issues.

A host of issues, including regional security and terrorism, would be discussed at the meeting which is a preparatory meet ahead of the SCO summit to be held in the Chinese city of Qingdao in June with Prime Minister Narendra Modi also scheduled to take
part in it.