After last year's stand-off in Doklam, India and China have stepped up dialogue at various levels to reset the ties. 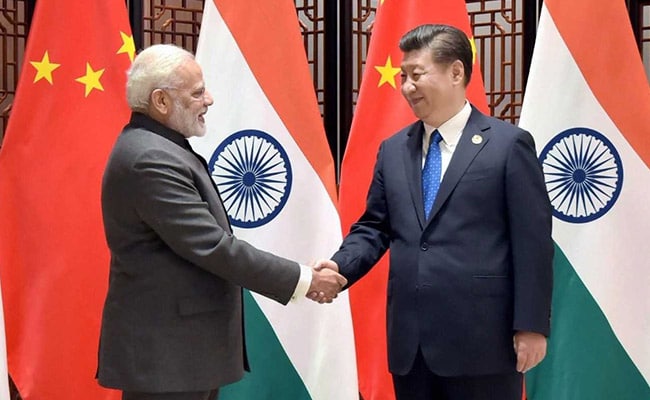 Beijing: China wants to stick to the "right path" of bilateral ties with India, explore new areas for cooperation and ensure sound and steady development of the relationship, the Chinese Foreign Ministry said today.

China's Foreign Ministry spokesperson Hua Chunying's remarks came during a media briefing as she replied to a question on a series of high-level meetings between the two countries.

After last year's stand-off in Doklam, India and China have stepped up dialogue at various levels to reset the ties.

Hua said China's ties with India have seen new progress and all round cooperation this year.

"This year under the guidance of the two leaders (Chinese President Xi Jinping and Prime Minister Narendra Modi), China and India relations have been developing with a sound momentum," Hua said.

"China attaches great importance to developing relations with India and we would like to work together to implement the consensus reached by leaders, stick to the right path of the bilateral ties, accumulate more positive energy, explore new areas for cooperation and ensure sound and steady development of bilateral ties," she said.

"We have seen close exchanges at all levels and new progress in all round cooperation," Hua said without elaborating.

On April 13, a meeting was held between National Security Advisor Ajit Doval and Yang Jiechi, Director of China's Foreign Affairs Commission and member of the ruling Communist Party of China (CPC) in Shanghai.

Besides the meeting between Yang and Mr Doval, the two countries "successfully" held the 11th Joint Economic Group meeting and the fifth Strategic Economic Dialogue (SED), she said.

"These interaction show that China and India share a wide range of common interests and our bilateral cooperation holds great potential," she said.

Promoted
Listen to the latest songs, only on JioSaavn.com
External Affairs Minister Sushma Swaraj and Defence Minister Nirmala Sitharaman are also due to visit China on April 24 to take part in the meetings of the Shanghai Cooperation Organisation (SCO).

Prime Minister Modi himself is scheduled to visit China in June to take part in the SCO summit in the Chinese city of Qingdao.