Sources said that Wang Yi would probably become a state councillor with responsibility for foreign affairs. 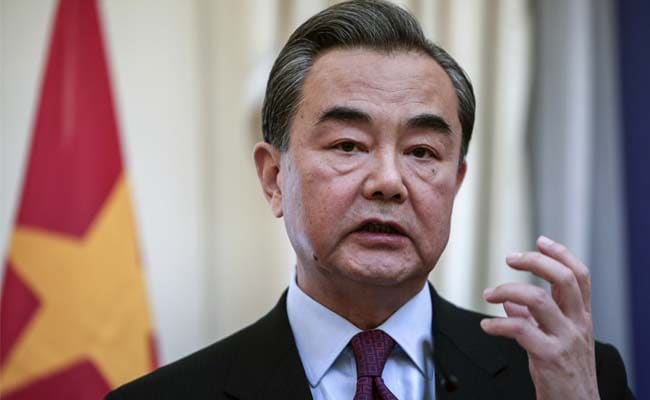 Wang Yi is compared to a "silver fox" for his looks and his staunch defence of Chinese positions. (File)

Beijing: Chinese Foreign Minister Wang Yi retained his job and was also promoted to a state councillor on Monday, meaning he now has the country's two top diplomat roles, in a vote of confidence for his strong defence of China's interests.

Sources had previously told Reuters that Wang would probably become a state councillor with responsibility for foreign affairs, and that he may also keep his job as foreign minister.

He has been likened to a "silver fox" in China's state media, and online, for his looks and his staunch defence of Chinese positions, which has won him a loyal following. Foreign diplomats say he can be suave and charming, as well as tough.

Unusually friendly to the foreign media for a senior Chinese official, Wang has won plaudits in China for his tough line on issues like the disputed South China Sea and quick-witted - sometimes bad-tempered quips - to counter criticism of China.

Wang, 64, has been China's foreign minister since 2013. A career diplomat and fluent Japanese speaker, Wang has also served as China's ambassador in Tokyo and head of China's policy-making Taiwan Affairs Office.

The country's largely rubber stamp parliament approved Wang's job in a mostly ceremonial vote in the Great Hall of the People with reporters present.

State councillors, who report to the Cabinet, are more senior than the ministers responsible for the same portfolio. While unusual, it is possible to be both a minister and state councillor at the same time.

It was not immediately clear what position former state councillor Yang Jiechi would get. Diplomatic sources said previously he may have become a vice premier, but his name was not included in the list for that position.

Yang still sits on the Communist Party's Politburo, the second-largest of the party's elite ruling bodies, meaning he will retain an influential voice in China's foreign policy.

Yang has served as one of China's main go-betweens with the Trump administration, with his deep knowledge of the United States coming from previous stints in the Chinese embassy in Washington, including as ambassador from 2000-2004.

Newly appointed Vice President Wang Qishan, a key ally of President Xi Jinping, is likely to have handling the Trump administration and festering trade tensions between the two countries as part of his job.

China also gets a new defence minister, Wei Fenghe, who already sits on the Central Military Commission which runs China's armed forces. Wei has been appointed to a state councillor as well.

Promoted
Listen to the latest songs, only on JioSaavn.com
The defence minister is more of a figurehead position, as real power rests with Xi and the Central Military Commission. Wei is the fourth-ranked member of that seven-man body.
© Thomson Reuters 2018