Ten people, including Sushant Singh Rajput's friends, family members and aides have given their statements till now. 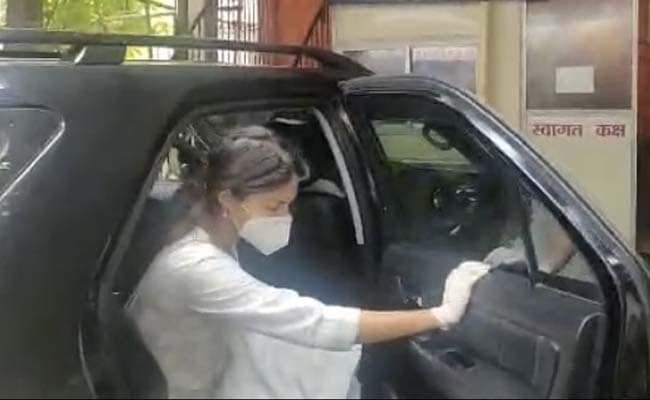 Actor Sushant Singh Rajput's friend Rhea Chakraborty, also an actor, recorded her statement today with the Mumbai police, which is investigating his death.

Ten people, including Sushant Singh Rajput's friends, family members and aides have given their statements till now.

The 34-year-old star killed himself at his apartment in Mumbai's Bandra on Sunday. The Maharashtra government has ordered an investigation into allegations of professional rivalry along with his reported clinical depression.

Yesterday, one of his close friends, Mukesh Chhabra, told the police that he was not aware of any professional rivalry.

Mr Chhabra, who worked with him in a film, described him as an "intelligent actor and very private".

Police sources say everyone closely associated with Sushant Singh Rajput in his career will be questioned.

The actor's heartbroken father told the police that he was not aware of the reason behind his depression.

The statements of his cook, caretaker and managers have also been recorded.

Maharashtra Home Minister Anil Deshmukh had said on Twitter that the police would investigate the cause of his depression. "While the post mortem report says the actor committed suicide by hanging himself, there are media reports that he allegedly suffered from clinical depression because of professional rivalry. Mumbai Police will probe this angle too," he had tweeted.

Sushant Singh Rajput debuted in the 2013 film "Kai Po Che" and went on to do several films, including "PK", "Kedarnath", "Sonchiriya" and "Chhichhore" - one of his last films that was widely appreciated.

Prominent among the posts that highlighted the actor's turmoil was that of acclaimed filmmaker Shekhar Kapur. "I knew the pain you were going through. I knew the story of the people that let you down so bad that you would weep on my shoulder. I wish I was around the last 6 months. I wish you had reached out to me. What happened to you was their Karma. Not yours," he tweeted.