The report comes weeks after Lt General DS Hooda was picked by the Congress to head a task force on National Security and prepare a "vision document" for the party in the run-up to the national elections. 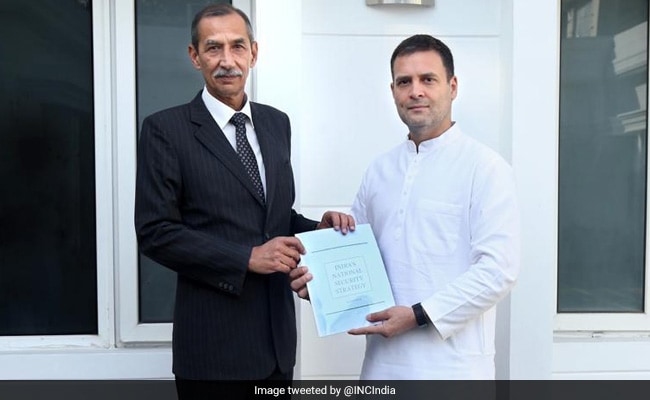 Rahul Gandhi thanked Lt General DS Hooda and his team for the report on national security.

Lt General DS Hooda - the army general who oversaw the cross-border surgical strikes in September 2016 as the former Northern Command chief of the Army -- on Sunday submitted a "comprehensive report" on national security to Congress chief Rahul Gandhi.

Thanking the retired general and his team for their efforts, Rahul Gandhi tweeted: "Lt. General (Retd.) D S Hooda & his team have put together a comprehensive report on India's National Security that he presented to me today. This exhaustive report will at first be discussed & debated within the Congress party."

The report comes weeks after Lt General Hooda was picked by the party to head a task force on National Security and prepare a "vision document" for Congress in the run-up to the national elections.

The appointment of Lt General Hooda had evoked a strong response from the BJP. Finance Minister Arun Jaitley, in a blog post soon after the announcement, called the appointment of the retired general "intriguing". The move showed that the Congress needed lessons on national security despite being ruling India for half a century, he had said.

"I am sure the Head of the Advisory Panel would educate the party leaders that the surgical strikes were no routine step which had been taken several times in the past, but a significant first for India," Mr Jaitley had said. 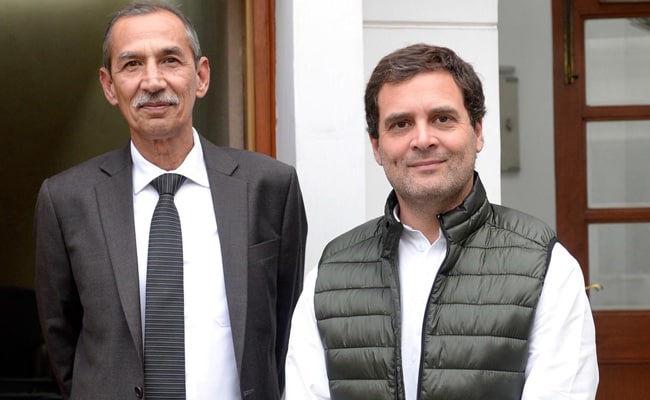 He also took a dig at the party, saying the appointment signalled a "belated and grudging recognition and acceptance" of the 2016 cross-border operation.

Lt General Hooda is credited with planning and directing the surgical strikes on terror launchpads across the Line of Control in September 2016. However, at an event last December, he said there was "too much hype" over the operation. "The military operation was important and we had to do it. Now how much should it have been politicised, whether it is right or wrong is something that should be asked to politicians," he had said.