"Too Much Hype Over Surgical Strike": Ex-Army Officer Who Saw Ops Live

The initial euphoria over the success of the surgical strike was natural but the constant hype around it is unwarranted, said a former Army officer who was associated with the operation. "I do think there was too much hype over it. The military operation was important and we had to do it. Now how much should it have been politicised, whether it is right or wrong is something that should be asked to politicians," said Lieutenant General DS Hooda (retired) who was the Northern Army Commander when the operation was carried out on September 29, 2016 across the Line of Control (LoC).

Lt. General Hooda saw the live video feed of the surgical strike, which was launched in retaliation to the Uri terror attack in which 19 Indian soldiers were killed by Pakistani terrorists. The Army had said its special forces inflicted "significant casualties" on terrorists waiting there to cross into Indian territory.

Reacting to the comments by the former Army officer, Army Chief General Bipin Rawat told news agency ANI: "These are individual person's perceptions, so let's not comment on them. He was one of the main persons involved in conduct of these operations, so I respect his words very much."

Lt. General DS Hooda had approved the plans for special forces to retaliate less than two weeks after the Uri terror attack. The retired army officer made the comments in Chandigarh, where he attended the Military Literature Festival (MLF).

The retired Army officer participated in a panel discussion on the topic "Role of Cross-Border Operations and Surgical Strikes", which was attended by Punjab Governor VP Singh Badnore and a number of former Generals and Army Commanders. Many war veterans cautioned against "politicisation" of military operations.

Lt. General Hooda said it was natural to have initial euphoria about the success, but the constant maintenance of hype around the military operations was unwarranted. 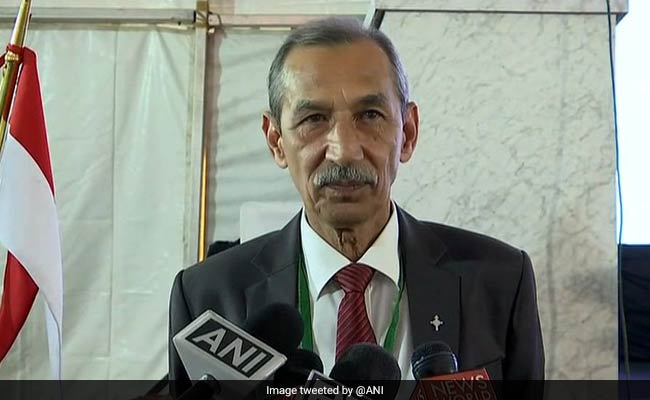 Responding to a question from the audience, Lt. General Hooda said that in hindsight, it would have been better had "we done it (surgical strikes) secretly". The aim of any such offensive had to be not only tactical but strategic too, which substantially hampers enemy morale, he said.

Citing the example of the 1981 Israeli air strikes on Iraqi nuclear sites, which had caused considerable damage, Lt. General NS Brar (retired) underscored the need to ensure long-term impact on the enemy before undertaking any such operation in the future.

Cautioning politicians against being adventurists, Lt. General Brar asked if they would have taken responsibility had there been any causalities in the strikes.

The MLF, into its second edition this year, is organised to raise awareness among people about the legacy of the armed forces.